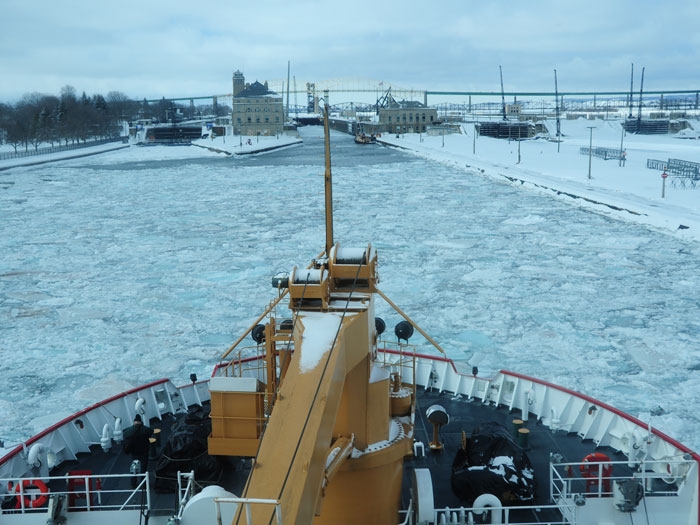 The crew of Coast Guard Cutter Mackinaw maneuvers through ice on the St. Marys River near the Soo Locks in Sault Ste. Marie, Mich., March 20, 2014

MAY 29, 2014 — The Lakes Carriers Association says that ice formation the likes of which had not been seen since 1994 dramatically slowed coal shipments on the Great Lakes in April. Loadings totaled only 995,000 tons, a decrease of nearly 55 percent compared to a year before.

Compared to the month’s 5-year average, April shipments were down nearly 57 percent.

The biggest drop came from Lake Superior ports. The only way vessels could safely cross Lake Superior in April was to be convoyed by U.S. and Canadian Coast Guard icebreakers, and as a result, shipments plummeted 80 percent. It was not until May 2 that vessels were allowed to transit Lake Superior unescorted.

Year-to-date the Lakes coal trade stands at 1,470,000 tons, a decrease of 47.6 percent compared to a year ago, and 56 percent below the long-term average for the January-April timeframe.