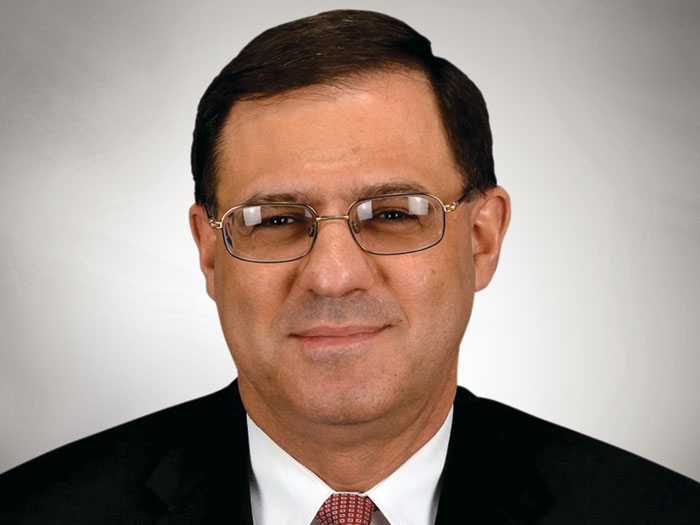 The Taylor Medal is considered by many to be the crowning professional achievement for a Naval Architect and Marine Engineer.

“Howard is recognized as a technical leader in naval architecture,” said ABS Chairman and CEO Christopher J. Wiernicki. “His insight and guidance in design and energy efficiency are valued by the industry in great part because of his ability to provide real-world practical solutions. He has been a tremendous asset to ABS as the team lead for APM, and it is a credit to our organization that he is part of our leadership team.”

“I am extremely honored and humbled to be receiving the David W. Taylor Medal,” Fireman said. “It has been a privilege to study and work alongside some of the greatest minds in the field and to have had the opportunity to help develop solutions to ship design challenges. My greatest satisfaction at the end of my career will be to know that I played a part in improving ship efficiency and safety.”

After serving 35 years in the US Navy, Fireman joined ABS in 2013, taking responsibility for the ABS APM group, which helps the marine and offshore industries meet environmental regulatory requirements and assess the operational performance, energy efficiency and fuel consumption of new and existing vessel designs. The group includes ABS Nautical Systems, a leading provider of fleet management software tools and services.

During his Navy career, Fireman was recognized as a distinguished leader in the areas of ship design, hull form optimization, total ownership cost, systems engineering, design integration, research and development and operational support. Fireman also served as Chief Naval Architect and Director of Surface Ship Design and Systems Engineering for the U.S. Navy.

Fireman holds a BS and MS in Naval Architecture and Marine Engineering from the University of Michigan and has a Master’s degree in Technical Management from Johns Hopkins University.

Fireman is the seventh ABS executive to receive a prestigious SNAME award. Current executives recognized by the organization include ABS Chairman and CEO Christopher J. Wiernicki, the recipient of the Land Medal in 2013, and Dr. Kirsi Tikka, President and COO of ABS Europe, who received the Taylor Medal in 2012.