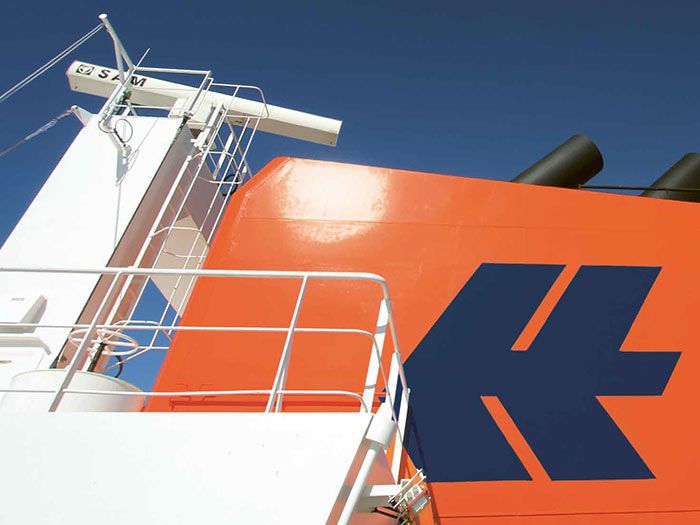 While it sees use of low-sulfur fuel oil as the key solution for compliance, it says it is “thoroughly analyzing other technological options” that might be able to cover a small share of the fleet and will carry out trials with an LNG conversion of one ship next year and Exhaust Gas Cleaning Systems (scrubbers) on two others.

Mostly, though, the world’s sixth largest containership operator will be passing the added fuel costs to its customers through what it calls a “Marine Fuel Recovery mechanism.”

“We embrace the level playing field and environmental improvements resulting from a stricter regulation, but it is obvious that this is not for free and will create additional costs. This will be mainly reflected in the fuel bills for low-sulfur fuel oil, as there is no realistic alternative for the industry remaining compliant by 2020. With our MFR, we have developed a system for our customers that we think is fair, as it allows for a causal, transparent an easy-to-understand calculation of fuel costs,” said Rolf Habben Jansen, Chief Executive Officer of Hapag-Lloyd.

The MFR is based on a formula that combines consumption with market prices for fuel oils.

It takes into account various parameters, such as the vessel consumption per day, fuel type and price (specific for HSFO, LSFO 0.5% and LSFO 0.1%), sea and port days, and carried TEU. These parameters derive from a typical representative service in the market on a specific trade. The MFR also takes price fluctuations better into account, as it comes along with an improved coverage of upward and downward developments of market price changes for fuel oil. Overall, it aims for transparent calculation of costs.