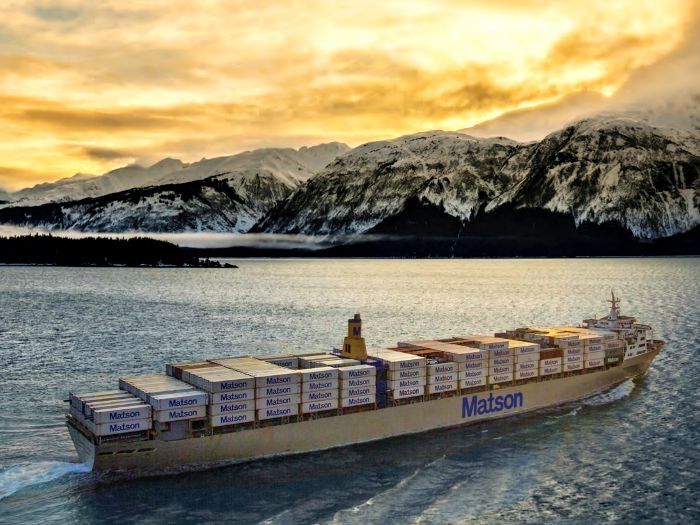 Matson is one of the shipping lines that serve Hawaii with U.S.-flag vessels

AUGUST 12, 2015—The U.S. Court of Appeals for the Ninth Circuit turned away a challenge to the Jones Act on July 30, 2015, reports Charlie Papavizas, Esq., Partner, Winston & Strawn LLP on the maritime attorneys’ blog MaritimeFedWatch. The case was brought by six individuals and one corporation in Hawaii who had certain shipper interests. They argued that the Jones Act impaired interstate trade and therefore violated the United States Constitution.

The U.S. District Court in Hawaii had dismissed the case, concluding that the challengers lacked standing. The U.S. Court of Appeals affirmed that decision and, more importantly, concluded that the constitutional challenge would not have prevailed anyway. The appellate court concluded that whether the Jones Act is a “restraint of trade” is irrelevant because the Commerce Clause of the U.S. Constitution gave Congress broad authority to impose such a restraint.

The Court of Appeals also noted that there was no proof that shipping rates to Hawaii would decline even if the Jones Act were repealed, but it failed to note the potential impact on the transportation of merchandise between the U.S. mainland and Hawaii – in U.S. interstate commerce – of other U.S. domestic laws such as the Internal Revenue Code and Immigration and Nationality Act.  It can be argued that even without the Jones Act, the costs of interstate ocean transportation would not be significantly different than it would be with the Jones Act in place.

The case is reminiscent of a case brought in Louisiana in 2012 against a private defendant seeking to enforce Jones Act citizenship requirements. That case, seeking a private remedy with respect to a public statute that does not provide a private remedy, was dismissed in October 2012.