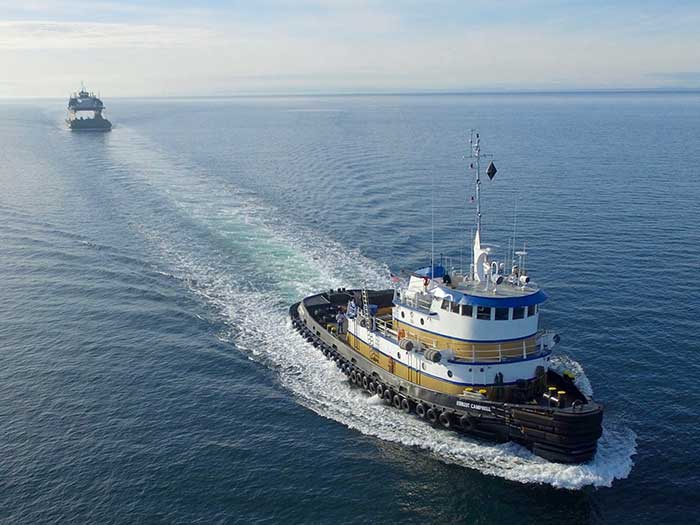 APRIL 6, 2017 — After an epic tow by Harley Marine Services (HMS), the Philippine Red Cross has taken delivery of the M/V Susitna, a multipurpose vessel originally built as a technology demonstrator for the Office of Naval Research (ONR) but that failed to prove a viable proposition as a ferry for its previous owner, Alaska’s Matanuska-Susitna Borough (see earlier story)

Now the Susitna is ready for a new role in huimanitarian service after a 15,000 nautical mile voyage from Seattle, Washington, to the Philippines.

The complex operation saw the Sustina loaded aboard the barge Chatham Provider — in an operation that was itself complex — and then safely transported under tow by the Harley Marine tug Ernest Campbell, using the safest possible route through Honolulu, Guam, and then the Philippines.