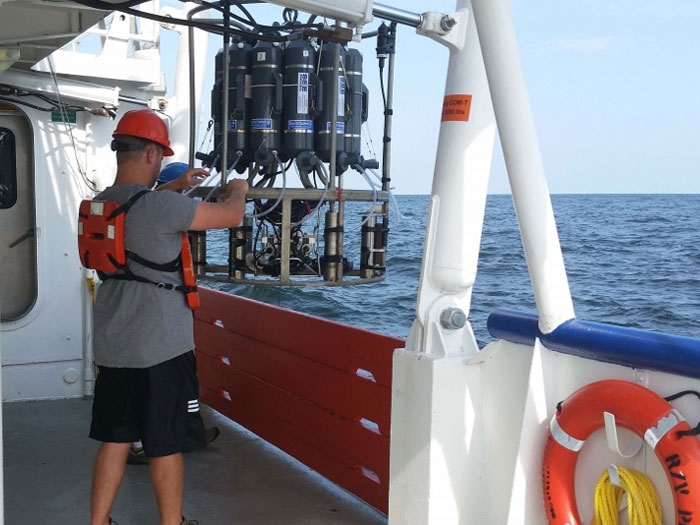 AUGUST 3, 2017—The Gulf of Mexico’s “Dead Zone” is growing and it’s the largest it has ever been—relatively the size of New Jersey—according to a team of scientists.

The current Gulf of Mexico’s “Dead Zone,” is an area of 8,776 square miles and has low oxygen that can kill fish and marine life. It is the largest measured since dead zone mapping began there in 1985.

Back in June, the National Ocean Atmospheric Administration (NOAA) had estimated its size at 8,185 square miles.

The annual forecast, generated from a suite of NOAA-sponsored models, is based on nutrient runoff data from the U.S. Geological Survey. Both NOAA’s June forecast and the actual size show the role of Mississippi River nutrient runoff in determining the size of the dead zone.

This large dead zone size shows that nutrient pollution, primarily from agriculture and developed land runoff in the Mississippi River watershed is continuing to affect the nation’s coastal resources and habitats in the Gulf.

These nutrients stimulate massive algal growth that eventually decomposes, which uses up the oxygen needed to support life in the Gulf. This loss of oxygen can cause the loss of fish habitat or force them to move to other areas to survive, decreased reproductive capabilities in fish species and reduction in the average size of shrimp caught.

The Gulf dead zone may slow shrimp growth, leading to fewer large shrimp, according to a NOAA-funded study led by Duke University. The study also found the price of small shrimp went down and the price of large shrimp increased, which led to short-term economic ripples in the Gulf brown shrimp fishery.

A team of scientists led by Louisiana State University (LSU) and the Louisiana Universities Marine Consortium collected data to determine the size of the dead zone during a survey mission from July 24 to 31 aboard the research vessel Pelican.

“We expected one of the largest zones ever recorded because the Mississippi River discharge levels, and the May data indicated a high delivery of nutrients during this critical month which stimulates the mid-summer dead zone,” said Nancy Rabalais, Ph.D., research professor at LSU and LUMCO, who led the survey mission.

“Having a long-term record of the size of the Gulf of Mexico dead zone is vital in forecasting its size, trends and effects each year,” said Steven Thur, Ph.D., acting director of NOAA’s National Centers for Coastal Ocean Science. “These measurements ultimately inform the best strategies for managers to reduce both its size and its impacts on the sustainability and productivity of our coastal living resources and economy.”