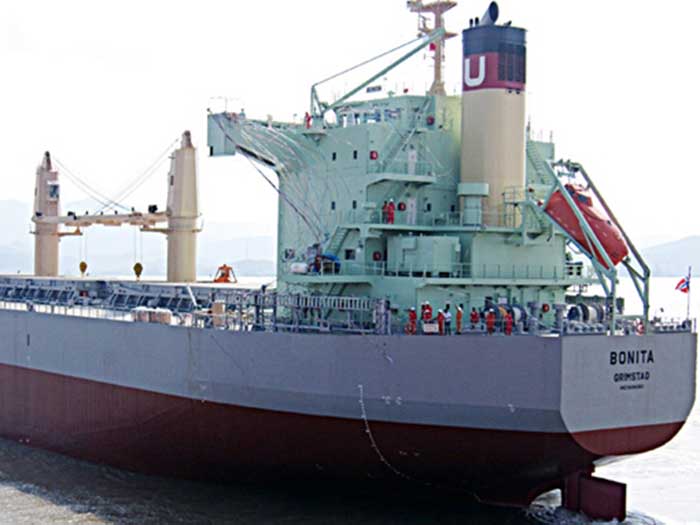 Pirates kidnapped nine crew members from the 58,105 dwt JJ Ugland owned bulker Bonita early on Saturday when the vessel was at anchor of Cotonou, the largest port in Benin.

According to Grimstad, Norway, headquartered Ugland, the remaining crew notified local authorities and the vessel subsequently docked in Cotonou.

This latest incident underscores the risks facing shipping in the Gulf of Guinea.

The region accounts for 86% of crew taken hostage and nearly 82% of crew kidnappings globally, according to the most recent quarterly piracy report from the International Maritime Bureau.

“Although incidents are down, the Gulf of Guinea continues to be a concern for piracy and armed robbery-related activities with kidnappings of crew members increasing in both scale and frequency,” said International Maritime Bureau Director Pottengal Mukundan. “It is important that shipmasters and owners continue to report all actual, attempted, and suspected incidents to ensure that an accurate picture of these attacks emerge and action is taken against these criminals before the incidents further escalate.”