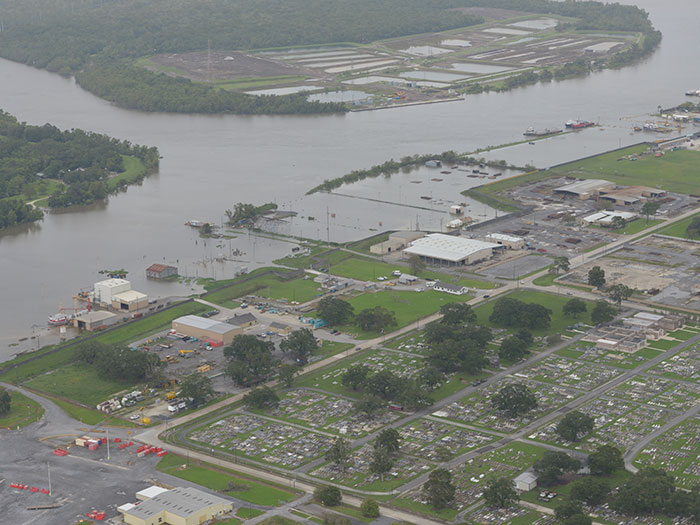 Flood warning remained in effect in some areas this morning as the remnants of what is now Tropical Depression Barry left the Gulf Coast area, but left trailing rain bands that drenched parts of Louisiana.

Overflights of the region showed that “early preparation and communication between federal, state, local and industry partners helped minimize the potential for damage,” according to the U.S. Coast Guard Eighth District.

Though the storm’s rainfalls were far less than some predictions, in some parts of coastal Louisana, storm surges were abovde predictions and reached 8 or 9 feet.

The good news? “Even though the storm surge was very significant, our levees performed. We did not have a single levee anywhere in the state that failed or breached,” Louisiana Governor John Bel Edwards tweeted.

Offshore, oil and gas operators in the U.S. Gulf of Mexico started reboarding platforms and rigs that had been evacuated. By 11.30 a.m. yesterday. all six dynamically positioned rigs that moved out of the path of the storm were back on station.

After the storm has passed, says BSEE, facilities will be inspected. Once all standard checks have been completed, production from undamaged facilities will be brought back on line immediately. Facilities sustaining damage may take longer to bring back on line. BSEE will continue to update the evacuation and shut-in statistics at 1:00 p.m. CDT each day as appropriate.