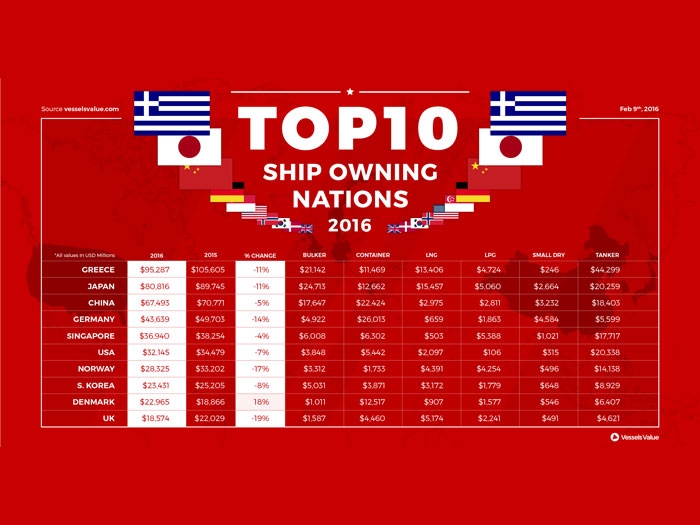 FEBRUARY 10, 2016—Greece is the top shipowning nation by fleet value in 2016, with a total fleet value of $95.29 billion, according to data compiled by VesselsValue.com. The valuation is based on vessels in the current fleet and those on order.

The order of the Top Ten Shipowning Nations did not change from last year. Overall, the values of all the fleets in the Top Ten dropped except Denmark, which increased in value from $18.87 billion to $22.97 billion in 2016—an 18 percent jump. Click on the accompanying infographic to enlarge.

The U.S., which ranked Sixth in the Top Ten Shipowning Nations, had the second highest value tanker fleet, worth $20.34 billion.