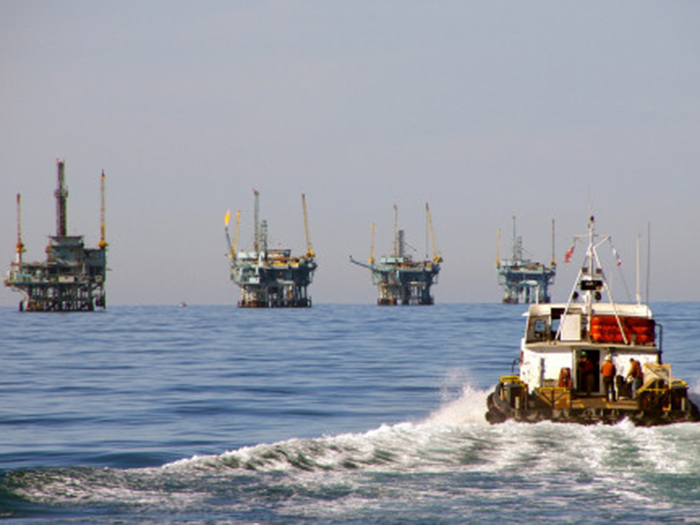 “Today’s lease sale shows strong bidding by established companies, which indicates that the Gulf of Mexico will continue to be a leading energy source for our nation long into the future,” said Department of the Interiors Assistant Secretary for Land and Minerals Management Joe Balash. “The results from today will help secure well-paying offshore jobs, while generating much-needed revenue to fund everything from conservation to infrastructure.”

Analysts were a bit more measured.

“We saw a modest increase in overall spend, but it was outpaced by the increase in acreage leading to lower amount per acre, furthering our hypothesis that it is a buyer’s market in the Gulf of Mexico,” said William Turner, senior research analyst at Wood Mackenzie.

“Shell had the most bids and was the highest spender but went at it alone, picking up acreage across the entire region,” said Turner. “The highest bid of the round came from Equinor with $24.5 million. The block (MC 801) is next door to the W&T-operated Gladden Deep exploration prospect. It was the most competitive block in the round, receiving four bids totalling over $37 million.”

Gulf of Mexico Lease Sale 252 allowed the Federal government to check the temperature of the offshore industry in the U.S. Gulf of Mexico in the face of the slow pace of recovering commodity prices. Lease Sale 252 not only reflects the relatively stable oil prices, but also the efforts by the overall industry to cut costs. Much of the cost cutting has drastically affected service companies, as their profit margin remains thin or non-existent. However, the trajectory of this and the past few sales shows stability and helps establish a new normal for the U.S. offshore industry. Companies continue to shore up existing development operations (in both shallow and deep water) in known geologic areas, but are not yet ready for heavy investment in truly new deepwater projects.

While today’s sale shows that the Gulf of Mexico is still a fundamental basin for energy production and economic growth for the U.S., it also underscores that the Gulf of Mexico is still the ONLY offshore basin available in the U.S. in which U.S. companies may bid. As the global offshore energy recovery heats up, the U.S. must recognize that we are not the only player at the offshore table. Other basins in the Western Hemisphere, including Guyana, Brazil and Mexico (not to mention onshore U.S. production) have become magnets for investment dollars. Part I of a recent IHS Markit report confirms that our current federal fiscal structure has rendered the rate of return for U.S. offshore projects, particularly in deepwater areas, less attractive than rates of return in other regions. Policymakers should take note and find new ways to attract and retain global investment dollars in the U.S. Gulf of Mexico, an area that has a long history as the gold standard of offshore energy production.”

You can get all sale stats HERE