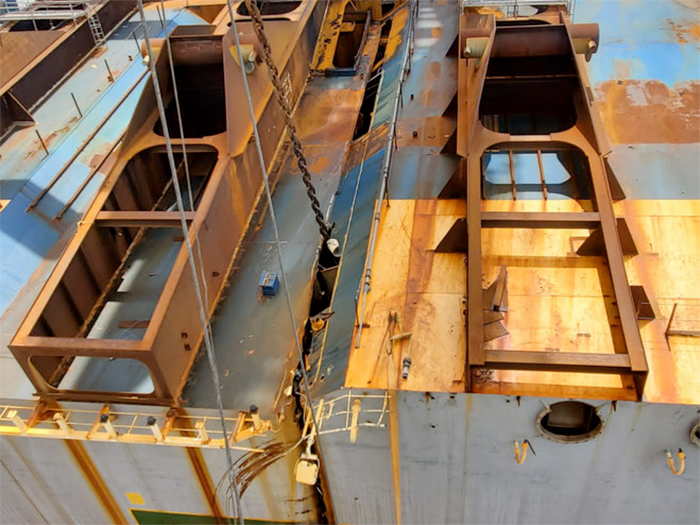 After the setback that followed last month’s fire inside the Golden Ray wreck, cutting operations have continued as responders work to dismantle the remains of the capsized car carrier and remove them from St. Simons Sound, Ga.

A photograph taken Sunday showed the chain used by the heavylift vessel VB-10000 to cut through the wreck making good process along the pre-cut groove prepared for it during operations to separate Section Three from the remaining portion of the hull.

While it’s the cutting operations that attract the most attention, environmental protection measures are an important element of the response and on Tuesday environmental mitigation personnel recovered oil that discharged from the wreck with operations on the shoreline and in the vicinity of the wreck site.

The 150-yard safety zone around the EPB (Environmental Protection Barrier) around the wreck has been increased to 200 yards for recreational vessels.

With the giant heavy lift vessel VB-10000 over the wreck, a response vessel tows a Current Buster to collect any oil that escapes the Environmental Protection Barrier (EPB) during pollution mitigation operations on Tuesday. [St. Simons Sound Incident Response photo] 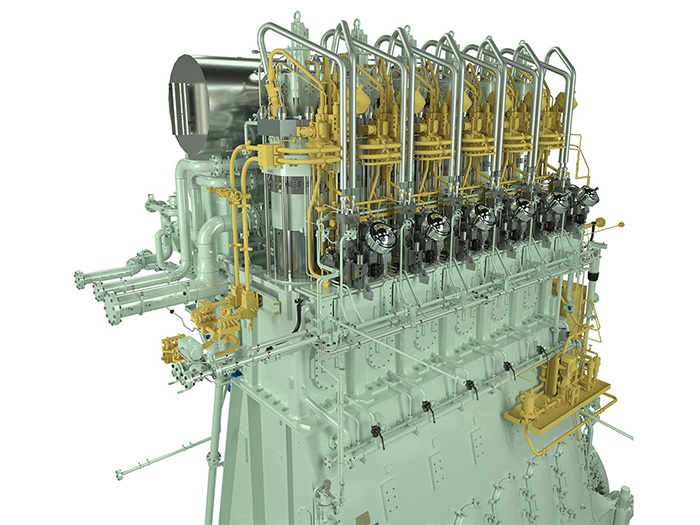 Why MAN sees engine retrofits as key to shipping decarbonization