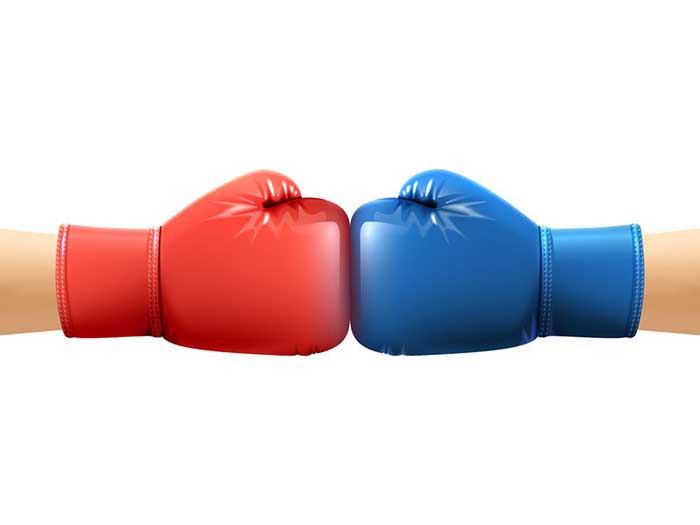 FEBRUARY 10, 2016 — The back and forth between John Fredriksen controlled tanker giant Frontline Ltd (NYSE:FRO) and DHT Holdings (NYSE:DHT) continues.

Back in January, Frontline revealed that it already held 16.4% of DHT’s outstanding common stock and made an unsolicited takeover bid based on exchanging 1 share in DHT for 0.725 shares in Frontline (see earlier story). The DHT Board adopted a “poison pill” defense and unanimously rejected the offer on February 5, characterizing it as “wholly inadequate and not in the best interests of DHT or its shareholders.”

Yesterday, Frontline issued an update on what it a called its “possible combination” with DHT, in which it acknowledged that the DHT board had publicly rejected its proposal.

Robert Hvide Macleod, Frontline’s Chief Executive Officer, said, “We believe that our offer to DHT shareholders is highly compelling since it provides a meaningful upfront premium, while also giving all shareholders the opportunity to realize the full benefit of the significant synergies and attractive upside that a combined company would create.”

Frontline noted that its offer represented a 19% premium to the share price of DHT as of closing of January 27th, 2017 and 31% premium to the 60 day volume weighted average price, but that “rather than engaging in discussions with Frontline with the aim of achieving the highest possible offer to create maximum shareholder value, the Board of Directors of DHT adopted a one-year shareholder rights plan and has since continued to refuse to enter into any discussions.”

Frontline dismissed DHT’s characterization of its offer as “an opportunistic attempt to acquire DHT at a low point in the cycle” as “irrelevant given the all-share offer.”

“We believe,” said Frontline, that “the combination of Frontline and DHT would be better positioned to participate in a market recovery than either company would on a stand-alone basis. The combined company would be expected to create the largest public tanker company by fleet size, market capitalization and trading liquidity. DHT shareholders would be expected to benefit from a substantially lower G&A cost per vessel and capitalize on synergy values. Finally, a superior access to debt and equity capital markets would be expected to enhance free cash flow generation further, maximizing value for both sets of shareholders.

Today, the co-CEO’s of DHT, Trygve P. Munthe and Svein Moxnes Harfjeld wrote shareholders a letter reporting what they called very strong operational results in 2016. with average earnings of the VLCC fleet coming in at $43,300 per day for the year.

“With asset values down some 25-30% last year and close to the trough levels we saw in 2013,” they wrote, “we think we have reached a period of attractive asset prices whereby we will gradually focus on investment and fleet renewal.”

They reported that, “In keeping with that outlook, we have just placed an order for two VLCC newbuildings at Hyundai in South Korea.”

You can read the whole letter HERE, meantime here’s what it said about the Frontline offer:

Other companies have recognized the value in our high quality asset base and our employees. Frontline, a Norwegian-based tanker company, made an unsolicited, non-binding and highly conditional offer to acquire DHT. We understand why they want to buy DHT with our modern high quality fleet – we are also buyers of modern quality ships in this environment. However, our board unanimously concluded that the offer of exchanging 1 share in DHT for 0.725 shares in Frontline (equivalent in value at the present time of about $5 per DHT share) was wholly inadequate and substantially undervalued our company and undervalued what DHT’s contribution across key metrics would have been to a combined company. Additionally and importantly, Frontline proposed to pay for us in highly inflated Frontline shares that trade significantly above their underlying ship values. The result would have been a dilution of more than 20% of net asset value per share for DHT shareholders. This is clearly unacceptable. It should be recognized that our VLCC fleet has an average age of about 6 years whereas Frontline’s VLCC fleet has an average age of almost 11 years. Frontline’s VLCCs represent about 40% of their total fleet based on broker values. Their Suezmaxes and LR2 product tankers are relatively young but are predominantly built at what we consider to be second tier shipyards in China.