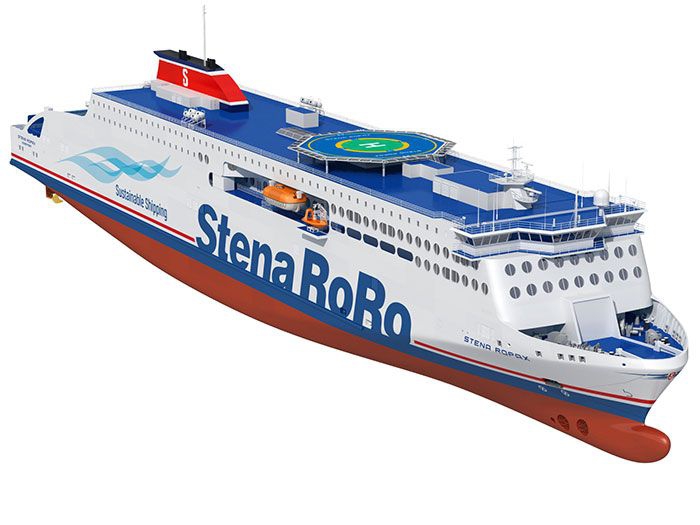 JUNE 7, 2017 — Stena has signed a contract to coat the hulls of four newbuild RoPax ferries with paint that incorporates the bio-repellent antifouling ingredient Selektope.

Developed by I-Tech AB, a Swedish bio-tech company founded by a group of researchers from Chalmers University of Technology and the University of Gothenburg), Selektope’s pharmacological action repels barnacle settlement on ships’ hulls by temporarily stimulating the barnacle larvae’s swimming behavior. It is fully approved under the EU’s Biocidal Products Regulation.

To date, marine coating products containing Selektop have been applied to over 150 vessels including; tankers, containerships and LNG carriers, in a series of newbuilding and over-coating projects.

The organic, non-metal compound is the only one of its kind in marine antifouling application. It is characterized by high efficacy at extremely low concentrations (0.1% w/w), ultra-low leaching and flexibility to boost copper-based paint formulations or to replace copper completely.

“We are honored that a pioneer of sustainability in commercial shipping such as Stena RoRo has chosen a Selektope-containing hull coating product for its newbuild program. Their investment in a premium antifouling product that contains Selektope will deliver strong antifouling performance with the additional benefit that their high-activity vessels will have the best protection from barnacle invasion.” says Philip Chaabane, CEO I-Tech AB.