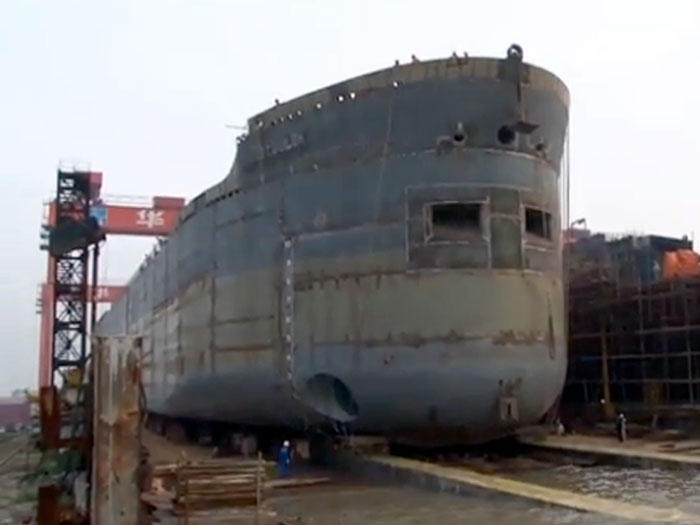 APRIL 22, 2015—One of the largest bulk shipping companies on the Great Lakes, Rand Logistics, Inc., New York, NY, recently announced the launch of new forebody at China’s Chengxi Shipyard Co. The new forebody will be affixed to the aft section of Rand’s recently acquired Danish-flagged vessel as we reported last month.

Scott Bravener, President of Lower Lakes Towing, called the launch of the forebody a “milestone event.” He said, “As we have reported previously, the new vessel is fully booked with long-term contractual business and is expected to be the most efficient river class vessel on the Great Lakes. The introduction of this vessel into service is one of the elements of our strategic plan to improve our return on invested capital and, based on our current expectations, the new vessel will be accretive to return on invested capital in its first full year of service.”