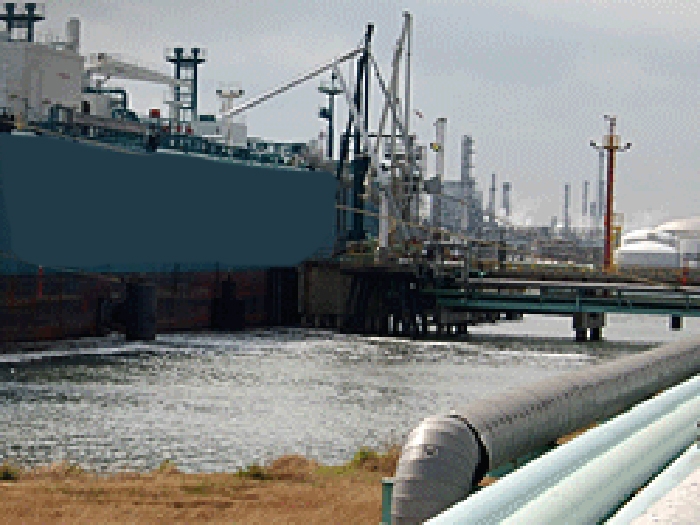 DECEMBER 24, 2015 — A 600,000 barrel cargo of domestic light crude oil looks likely to be first export cargo of U.S. crude oil since a 40 year ban was ended in the just enacted omnibus spending bill.

Enterprise Products Partners L.P. (NYSE:EPD) today announced that it has agreed to provide pipeline and marine terminal services to load its first export of crude oil produced in the United States under the law enacted earlier this month. The 600,000 barrel cargo of domestic light crude oil is scheduled to load at the Enterprise Hydrocarbon Terminal (EHT) on the Houston Ship Channel during the first week of January 2016.

“We are excited to announce our first contract to export U.S. crude oil, which to our knowledge may be the first export cargo of U.S. crude oil from the Gulf Coast in almost 40 years,” said A.J. “Jim” Teague, chief operating officer of Enterprise’s general partner. “Enterprise’s integrated system enabled us to quickly respond to customer demand for U.S. crude oil by international markets.”

According to media reports, the cargo is being shipped for Swiss based trading company Vitol and consists of light sweet crude from the Eagle Ford shale region in South Texas.