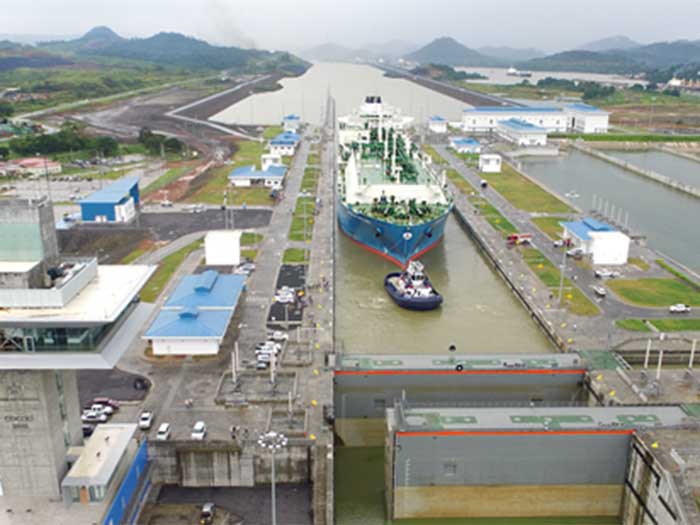 “The transit of the first LNG vessel through the new Panama Canal locks is a milestone in the waterway’s history,” said Panama Canal Administrator and CEO Jorge L. Quijano. “LNG trade will greatly benefit from the Expansion, and we look forward to welcoming even more LNG vessels through our great waterway. This transit marks the beginning of a new era that will result in cleaner and lower cost energy for the world.”

With the United States predicted to become a top LNG exporters in the next five years, the Canal will allow vessels departing the U.S. East and Gulf Coast for Asia to make significant reductions in voyage times (up to 22.8 days roundtrip), making U.S. gas deliveries to major Asian importers very competitive.

In addition, LNG shipped from production plants in Trinidad and Tobago could head to Chile where LNG is regasified and distributed for energy-producing purposes. For this route, the Expanded Canal provides savings of 6.3 days in transit time compared to the Magellan Strait.

The Canal is offering a new toll structure to offer cost savings to LNG vessels conducting roundtrip voyages. The new tolls reduce ballast fees for LNG customers who use the same vessel for a roundtrip voyage as opposed to using an alternate route, so long as the transit in ballast is made within 60 days after the laden transit.