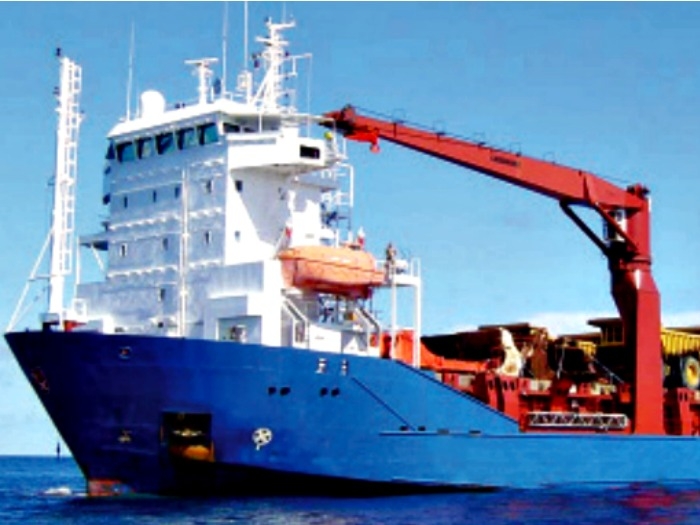 OCTOBER 9, 2014—Fifty-two workers from the Beatrice oil platform in the North Sea were evacuated as a precautionary measure, following a fire aboard a ship carrying nuclear waste began drifting in the Moray Firth off of Scotland.

At the time, the Danish-registered ship M/V Parida was transporting six cemented drums of radioactive nuclear waste from Scrabster to Antwerp in Belgium when a fire broke out in one of her two funnels. Radiation and containment monitoring has been carried out on the vessel and it has been confirmed there is no risk to the public or the environment, says the Scottish Government.

The incident prompted Scotland’s Environment Secretary Richard Lochhead to call for an investigation and safety review following a cargo ship blaze that resulted in the evacuation of a North Sea oil platform.

Lochhead said he would contact Baroness Verma, who has responsibility for the UK nuclear regulatory body, to discuss whether it was wise for a vessel carrying such material to set sail in a “weather window” when the weather condition led to the ship drifting and made the rescue effort more difficult than it would have been in better weather.

In addition to asking Westminster to investigate the incident and explore what lessons can be learned from its outcome, Lochhead will also suggest to Baroness Verma that the Scottish Government should have the powers to enable us to regulate the transportation of nuclear waste on Scottish land and sea.

Lochhead said: “The Parida is now anchored about one mile from the Cromarty Firth, and the appropriate UK regulators will decide when it is safe for the vessel and its cargo to move. However, given the circumstances of this incident I will be seeking assurance from the UK Government that a suitable towing vessel will be in the vicinity of the vessel as it makes its way out of Scottish waters.

“I will also be asking the UK Government for an investigation to be carried out to examine what caused this incident, and why we have a situation that vessels that are carrying nuclear waste in our waters are waiting for weather windows at this time of year, especially given the impact that the weather could have on any rescue operation.

“We have to ensure that we are taking absolutely every single precaution that comes with the transportation of nuclear waste. In this case, risk to the public and environment has been avoided, which is very reassuring to hear and I would like to extend my gratitude to everyone who was involved in the rescue operation last night and in the early hours of this morning.

“Presently, the Scottish Government does not have control over the transportation of radioactive waste or what happens with ships in incidents like this that occur in Scottish waters – all we can currently do is monitor the situation. I will be raising this issue with Baroness Verma to ask expressly that the relevant powers are devolved to the Scottish Parliament.”

The Scottish Government, along with the Maritime & Coastguard Authority (MCA) and Police Scotland are continuing to monitor the situation.