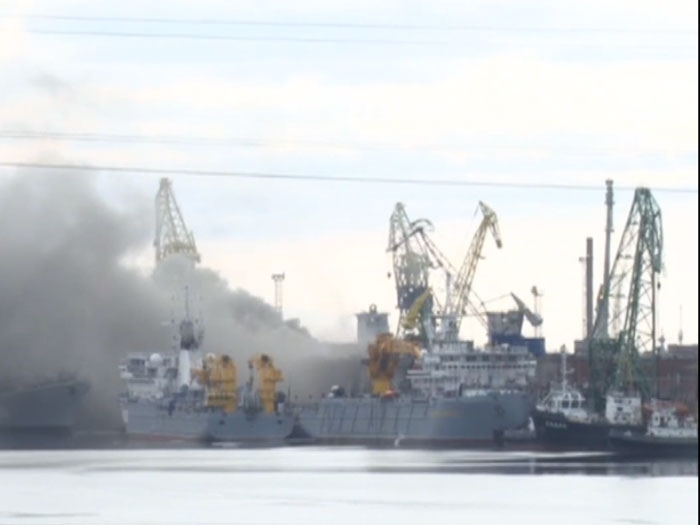 The submarine has been undergoing a scheduled since November 2013. Nuclear fuel from the sub’s reactor had been unloaded and there were no armaments on board. All personnel were evacuated from the vessel and no injuries were reported.
Initial attempts to flood the space between the hulls did not, apparently, completely extinguish the fire and the latest reports are that the dry dock housing the sub will be flooded and the vessel partially submerged,

“The preparation for filling the dry dock with water is underway. The operation is necessary to extinguish the fire completely,” USC spokesman, Ilya Zhitomirsky, told the RIA Novosti agency.