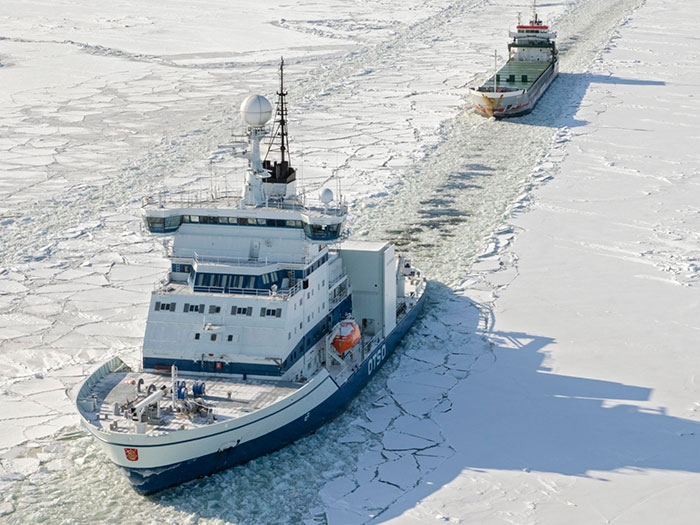 DECEMBER 26, 2018 — The Finnish icebreaking season kicked off yesterday, Christmas Day, as Arctia’s converted polar icebreaker Otso departed the icebreaker base in Helsinki at 18:00 local time. The vessel headed towards its initial operation area to keep open the fairways to Tornio, Kemi and Oulu. Otso was set to reach the area before noon on December 27,

According to the latest ice report by the Finnish Meteorological Institute, ice in the Bay of Bothnia is drifting towards north-east. In the northern Bay of Bothnia’s inner archipelago there is 10 – 20 cm thick fast ice. Farther out there is 5 – 15 cm thick very close ice, level ice and new ice to Kemi 2, Oulu 1 and Raahe lighthouse.

“Icebreaker Otso along with its crew is eager to begin the new season. As we have learned, years are not alike, and ice conditions in the Bothnian Bay vary a lot. According to predictions, last season was supposed to be fairly mild, but it turned out to be far from it: on the last day of February all eight Arctia icebreakers were at sea assisting merchant vessels. Let’s see, what the coming season will bring,” said the Otso’ Master, Seppo Eva, right before heading to sea.

Arctia Ltd. is a limited company established in 2010 and owned by the state of Finland. It owns and operates a fleet of eight icebreakers and provides icebreaking services, ice management and specialized multipurpose vessel services.