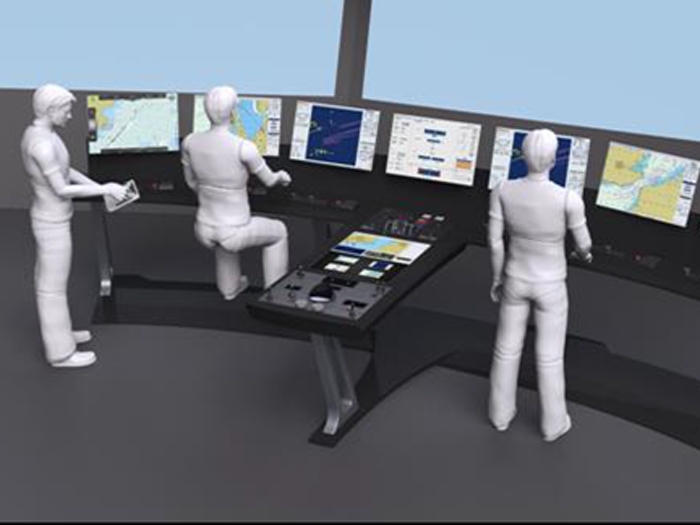 JANUARY 6, 2016 — A three-year, EU-funded project called CASCADe has developed new methodologies for information sharing and display on a ship’s bridge aimed at improving efficiency on board and contributing towards the prevention of accidents at sea.

Drawing directly from the experience of seafarers, CASCADe has developed an adaptive bridge design methodology that treats both human agents and electronic equipment as parts of a cooperative system. This allows for the sharing of information to be optimized.

In addition, CASCADe has developed a set of adaptive bridge displays.

A touch screen “Shared Display” is intended to aid communication and cooperation on the bridge. It is fully customizsable and allows one screen to show multiple sources of information in whatever configuration is most suitable for a particular situation. It provides functionality to graphically annotate maps, leave notes for other crew members or complete checklists electronically.

The CASCADe console was integrated with tools used by pilots in their Portable Pilot Units (PPUs). First, CASCADe developed a protocol to share pilotage routes between the PPU and the ship’s electronic charts. Second, a link was established between the PPU and the bridge screens to allow mirroring of information from the PPU screen, enabling crew members to see extra information normally only available to the pilot.

All of these CASCADe tools were tested on both a physical simulator (a ship simulator used for training) and a virtual simulator (a software-based simulation of a ship bridge). The virtual simulation platform makes it possible to test new bridge designs at the earliest stages of development, based purely on computational models. By simulating human-machine interaction, it is possible to analyze information flow and optimize the information exchange between seafarers and bridge equipment.