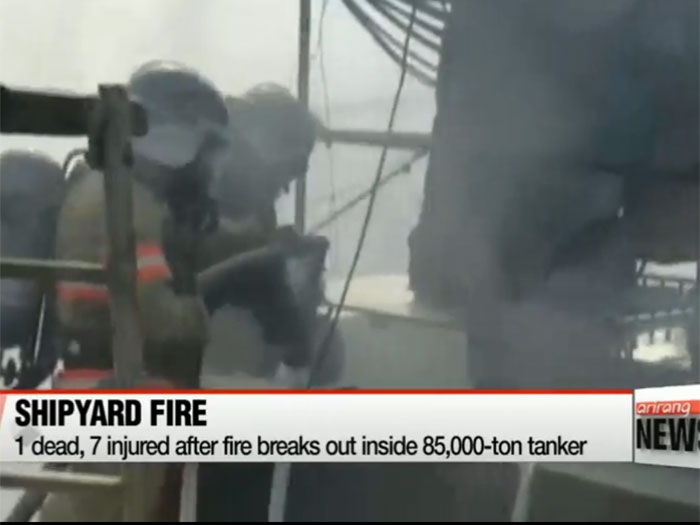 One  worker died and seven were injured in the incident, which started in a tank in an under construction LPG carrier being built at DSME. Two workers were killed and seven injured in a very similar incident on August 24. In both cases, it is believed that the cause was a spark from a welder’s torch.

Korean media reports quote the Ministry of Labor and Employment as saying that there had also been previous similar incidents.

Following the August incident,an eight day work stoppage was imposed. Today, reportedly, officials said that the new stoppage will continue until work safety can be guaranteed on the ship involved in yesterday’s incident and four others.

DSME officials are quoted as saying that the company  plans to strengthen safety education for its workers.