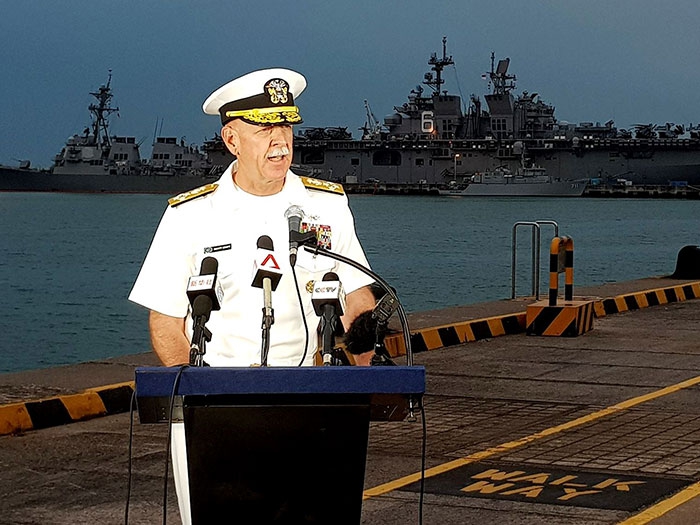 Adm. Swift also said the Royal Malaysian Navy had reported the discovery of the potential remains of another missing McCain sailor, located while the RMN was providing search and rescue assistance east of the Straits of Malacca and Singapore.

“We are still searching for our missing sailors. That remains our focus,” Adm. Swift told reporters during a press briefing at Changi Naval Base, Singapore, where McCain is currently moored. “Our thoughts and prayers continue to be with the families of those Sailors and the families of our sailors who were injured.”

Those vessels were joined by aviation assets from USS America (LHA 6), which will continue combing the area east of the Straits of Malacca and Singapore in the vicinity of the collision.

“While the search and rescue efforts continue, I sincerely thank our Singapore partners, our Malaysian partners and everyone who has responded with urgency, compassion and tireless commitment,” Adm. Swift said.