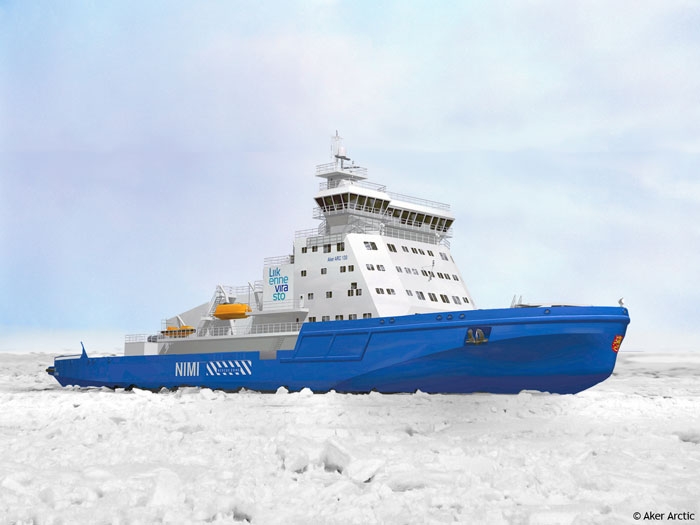 AUGUST 7, 2014 — Deltamarin Ltd has been awarded a EUR 1.8 million contract by Arctech Helsinki Shipyard Inc. for the entire machinery and technical spaces outfitting production design of the  LNG-fueled icebreaker that the shipyard is to build for the Finnish Transport Agency.

Deltamarin will carry out the work using AVEVA Marine Outfitting software. Deltamarin has earlier delivered similar design packages for several icebreakers built at Arctech.The work is to be carried out over an estimated period of 12 months.

The main dimensions of the vessel will be 110 m in overall length and 24 m in breadth. The vessel will have a maximum draft of 8 m. It will be able to move continuously through about 1.6 m thick level ice and the service speed of the vessel in open water will be 16 knots. The icebreaker will have accommodations for a total of 24 persons, with reserve for additional crew in case of oil spill response operations.