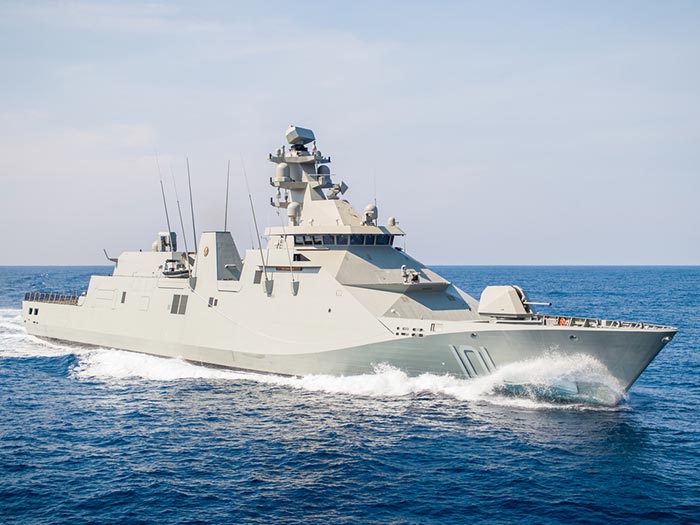 Built at the ASTIMAR 20 naval shipyard in Salina Cruz, Mexico, the 107 meter long POLA-class frigate is the Mexican equivalent of Damen’s SIGMA Frigate 10514.

The program of sea trials was comprehensive, including testing of platform and combat systems in addition to training of Mexican Navy crews. Damen reports that project as a whole is progressing on budget and actually a few weeks ahead of the contracted schedule.

The ARM Reformador is the latest example of how Damen forms partnerships with navies around the world to build naval vessels in local shipyards.

Damen has built up a strong relationship with the Mexican Navy over the last decade which has resulted in the construction and delivery of more than ten naval vessels of various designs.

These collaborative efforts are ensuring a significant transfer of technology and knowledge into the Mexican shipbuilding industry. To maximize the local impact of this current project, Damen has placed contracts at local companies for supplies and assistance during the construction of the ARM Reformador.

“This project is having a very positive impact on the local economy. More than 70% of the labor is being realized in Mexico – creating jobs and enabling local companies to develop their skills,” says Horacio Delgado, Damen’s commercial manager for Mexico. “Thanks to our excellent cooperation with the Mexican Navy, we are ensuring that this vessel is being built in Mexico, by Mexicans, and for Mexicans.”