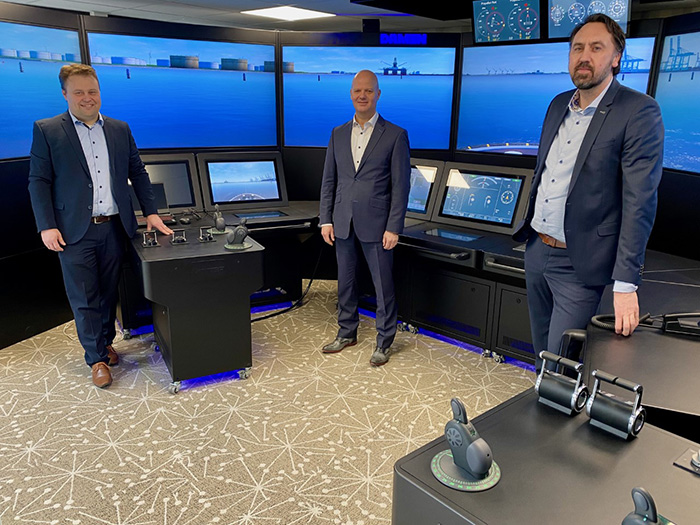 Damen specializes in modular shipbuilding based on standardized designs, with an in-stock hull program ensuring a rapid and efficient delivery of proven technology.

In addition to installing the autonomous-command and wireless-helm systems, Damen will train users to operate Sea Machines systems via the company’s in-house simulator. Fully integrated with Sea Machines’ technology, the simulator will generate a realistic marine domain in which employees and the company’s clients can learn to use Sea Machines’ intuitive user interface and become familiar with modern autonomous-command capabilities.

Customers can leverage reduced-crew or unmanned vessel operations which can greatly increase the productivity of persistent workboat operations or remove personnel from hazardous marine work environments.

“This alliance will play an important role towards the realization of Damen’s strategy, which is built on the continual development of digitalization, sustainability and operational excellence of Damen products and services,” said Damen’s Toine Cleophas, manager programs. “The collaboration forms a part of Damen’s R&D program Smart Ship and will increase customer value by supporting a more digitalized Damen portfolio.”

“This significant development sends a clear signal to the industry that autonomous marine technology is rapidly gaining adoption and is in-demand among commercial operators,” said Sea Machines’ CEO Michael G. Johnson. “We see a future, where most, if not all, newly constructed vessels will feature autonomous technology as standard. This partnership will accelerate Sea Machines’ position as the ‘go-to’ provider of advanced marine technology and is securing Damen as an innovative industry leader for years to come.”