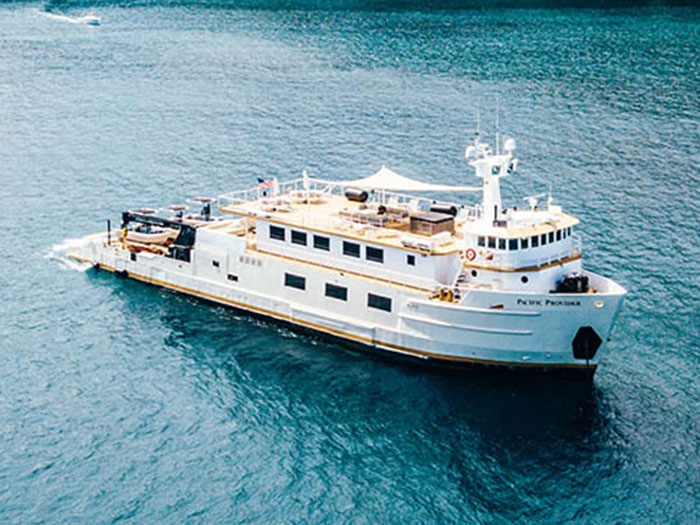 JUNE 21, 2018 — The operators of a 40-year old “adventure yacht” originally built as an OSV appear to have fallen foul of a provision of the Passenger Vessel Service Act (the passenger vessel equivalent of the Jones Act).

The Coast Guard said yesterday that on June 15, it had terminated the voyage of the vessel  Pacific Provider, for “illegally carrying passengers for hire.”

The boarding team found the vessel to be in violation of the Passenger Vessel Service Act.

“It appears this vessel was not authorized to be taking passengers for hire and was avoiding Coast Guard oversight,” said Lt. Cmdr. Mason Wilcox, chief of inspections for Coast Guard Sector Anchorage.

The Coast Guard said that the Pacific Provider had received a letter from the Coast Guard Vessel Documentation Center prohibiting it from operating in Coastwise Trade because it had been previously registered in a foreign country.

In fact, although originally built in the U.S., the Pacific Provider has operated under several flags since its 1978 delivery as the State Hawk by the Blount Marine shipyard in Warren, RI, as the OSV State Hawk.

At one time it operated as a fishing vessel under the name Shelikov and flying the Russian flag. It has also flown the flags of Belize and St Vincent and the Grenadines.

Coast Guard Sector Anchorage personnel and agents with the Coast Guard Investigative Service are conducting an investigation into the vessel’s operation.