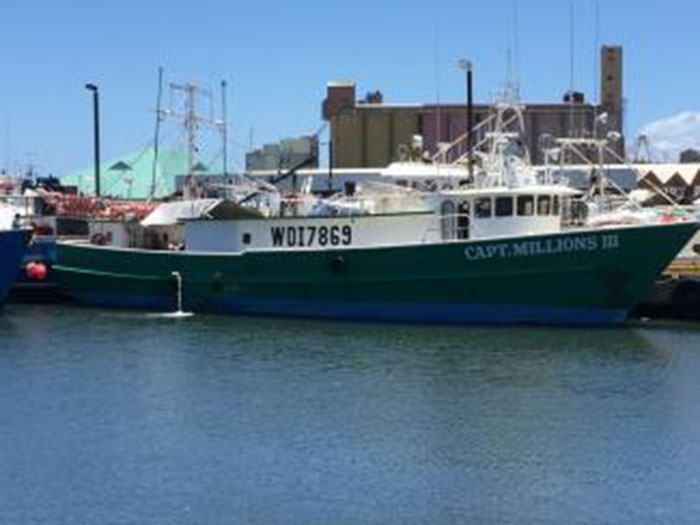 MAY 25, 2018 — Two Honolulu-based fishing companies, Triple Dragon, LLC, and Capt. Millions III, LLC, along with the company managers and vessel operators, have each agreed to implement operational improvements and other compliance measures and pay civil penalties to settle claims stemming from numerous discharges of oily bilge waste from the commercial fishing vessels Triple Dragon and Capt. Millions III.

In two separate complaints, filed in the U.S. District Court for the District of Hawaii today and on April 27, 2018, along with notices of lodging of consent decrees filed yesterday, the United States alleges that the vessel owners, company managers, and vessel operators are each liable for civil penalties under the Clean Water Act for discharging oily mixtures into the waters off Hawaii.

Both complaints also include civil penalty claims under the Clean Water Act for violations of the Coast Guard’s spill prevention and pollution control regulations, including failure to provide sufficient capacity to retain oily mixtures on board. The complaints further allege that in order to extend the length of the two vessels’ fishing voyages, the defendants routinely pumped a mixture of fuel oil, lubricating oils, water, and other fluids from the vessels’ engine room bilges into the Pacific Ocean, rather than retain the waste on board.

To resolve the claims in the United States’ complaints, the consent decrees require the companies and vessel operators to perform corrective measures, including: (1) repairing the vessels to reduce the quantity of oily waste generated during a fishing voyage; (2) providing crewmembers with training on the proper handling of oily wastes; (3) documenting proper oily waste disposal after returning to port; and (4) submitting compliance reports to the Coast Guard and the Department of Justice.

The penalty amounts were set considering each defendant’s limited ability to pay a higher penalty, as demonstrated through documentation submitted to the United States and analyzed by a financial expert.

“Law-abiding vessel owners and operators know the importance of complying with our Nation’s environmental laws,” said Acting Assistant Attorney General Jeffrey H. Wood for the Justice Department’s Environment and Natural Resources Division. “Members of the fishing fleet who disregard those laws put the public’s health and our Nation’s natural resources in jeopardy. The Justice Department and Coast Guard will continue to work together to hold companies and individuals who violate the Clean Water Act accountable.”

“All vessels, including commercial fishing vessels like these, must comply with the long-standing Clean Water Act environmental protection requirements as part of their normal operations,” said Rear Adm. Brian Penoyer, Commander, Coast Guard 14th District. “As a steward of the marine environment, the Coast Guard will not tolerate illegal dumping of oily waste into the ocean.”

Under the terms of the Clean Water Act, the penalty paid for these discharges will be deposited in the federal Oil Spill Liability Trust Fund managed by the National Pollution Funds Center.

The proposed consent decrees, lodged in the District of Hawaii, are subject to a 30-day public comment period and court review and approval.