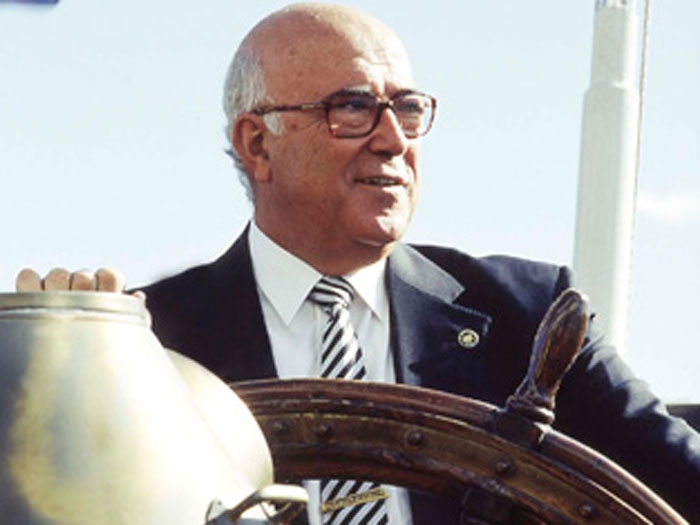 JANUARY 5, 2015 — The Connecticut Maritime Association (CMA) has named Captain Panagiotis N. Tsakos, founder of the Tsakos Group, its Commodore for the year 2015.

Captain Tsakos follows a long succession of maritime industry leaders as CMA Commodore. The 2015 Commodore Award will be presented on March 25, 2015 at the Gala Dinner marking the conclusion of the annual Connecticut Maritime Association conference and trade exposition, at the Hilton Hotel in Stamford, CT

The Commodore Award is given each year to a person in the international maritime industry who has contributed to the growth and development of the industry.

Captain Tsakos has dedicated his life to the sea, to the welfare of the people at sea, to caring for and protecting the environment and building a successful commercial shipping company.

“Captain Tsakos represents the finest qualities of service, creativity and commitment to our industry and the seafarers and women and men who safely manage ships and trade the world over,” says Ian Workman, President of the CMA. “The CMA is honored to present Captain Tsakos with the 2015 Commodore Award. He is a leader we can all admire.”

Tsakos Shipping & Trading controls a diversified fleet of approximately 70 vessels. The Tsakos Group also includes the publicly traded Tsakos Energy Navigation Limited (NYSE: TEN) which has a fleet of 51 vessels.In 2010, The Tsakos Group and Schoeller Holdings established Tsakos Columbia Shipmanagement, which now has a fleet of 65 vessels. The company is also involved in ship repair and offshore services.