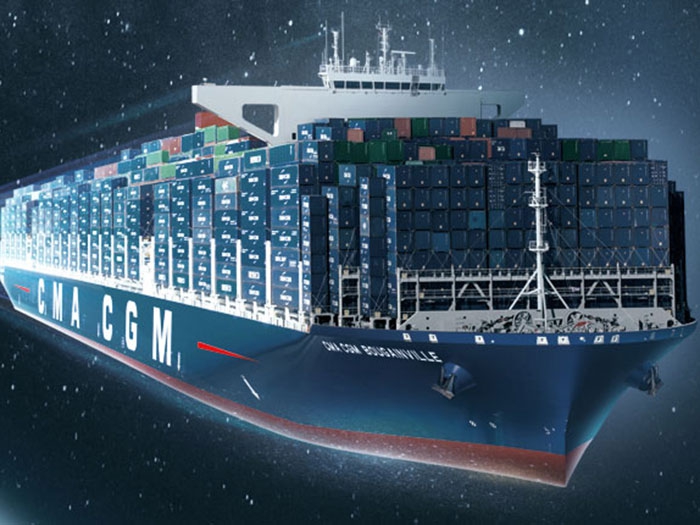 SEPTEMBER 15, 2017 — Marseille, France, headquartered container shipping giant CMA CGM today reported strong second quarter results and said that “in order to keep pace with market growth and the group’s needs,” its board had approved an order for nine 22,000 TEU containerships, the first ships of will come into service from the end of 2019.

CMA CGM did not disclose the name of the shipbuilder, however, China Daily reported recently that CMA CGM had signed a letter of intent that would see the ships built at two China State Shipbuiding Corporation shipyards, Shanghai Waigaoqiao Shipbuilding Co. and Hudong Zhonghua Shipbuilding (Group) Co.

”The group releases excellent financial results for the sequarter, with a core EBIT margin sharply rising thanks to our strategy of profitable growth. Once again, CMA CGM outperforms the industry and demonstrates the excellence of its operational management as well as the relevance of its strategy. During the quarter, we also continued to support the group’s growth with the planned acquisition of Mercosul, opening up the Brazilian domestic market. The Group is also preparing for the future with the order of nine containerships of 22,000 TEU which will enable us to continue our development and maintain our competitiveness.”’

CMA CGM says that during Q2 2017, volumes carried grew by 33.3% in comparison to Q2 2016, thanks to the integration of APL, the launch of Ocean Alliance and what it calles “industry dynamism.”

The increase in freight rates on most of the group’s lines led to a significant 12.5% increase in average revenues per container in the quarter .

CMA CGM reported a core EBIT margin of 8.9% to $472 million in the quarter and registered a consolidated net income group share of $219 million.