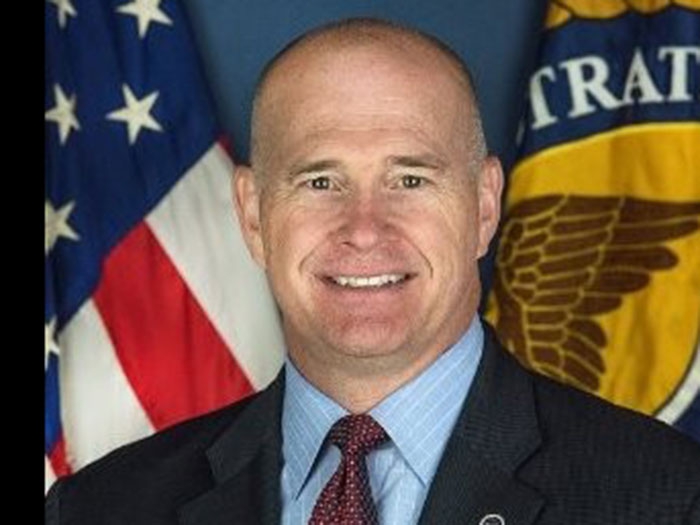 Jaenichen received his B.S. in Ocean Engineering from the U.S. Naval Academy and his Masters’ degree in Engineering Management from Old Dominion University. He joins Liberty after a distinguished career in public service. His 30-year Navy career was spent in submarines and included command assignments as Captain of the USS Albany, a fast-attack submarine and Commodore of Submarine Squadron 11 in San Diego, California. He also served as Director of Submarine/Nuclear Power Distribution, overseeing 4,500 submarine and nuclear-trained surface warfare officers and aviators. His last posting for the Department of the Navy was as Deputy Chief of Legislative Affairs from 2010 to 2012.

Jaenichen was appointed U.S. Maritime Administrator for the U.S. Department of Transportation in July 2014 by President Obama and served until January 2017. He previously served as both Deputy and Acting Maritime Administrator from 2012 to 2014. After leaving public service, he worked as Chief Operating Officer of HMS Global Maritime prior to joining LGL.

Philip J. Shapiro, Chairman and CEO of LGL, said: “We are both proud and honored to welcome Chip to the Liberty team. His career accomplishments and understanding of the intricacies of both the U.S. flag and international shipping industry will be great assets for LGL as we look to develop new trade lanes and expand the company’s global footprint.”

“We are excited to announce our newest Liberty hire,” said Robert G. Wellner, LGL’s President. “Chip will help oversee the company’s government relations program and our RO/RO, breakbulk and logistics services network which will enhance our ability to serve both our government and commercial customers in the global marketplace”

Paul “Chip” Jaenichen, Executive Vice President – U.S. Flag of LGL, said: “I am thrilled to be joining Liberty’s Executive Management team. Together, we will work to continue to develop LGL’s planned growth and expansion into new and diversified trade lanes while maintaining our reputation for innovation and outstanding customer service.”

Liberty Global Logistics provides end to end global transportation solutions to its government and commercial customers utilizing four modern U.S.-flag PCTC vessels it operates as well as a number of vessels it charters along with multimodal logistics services.