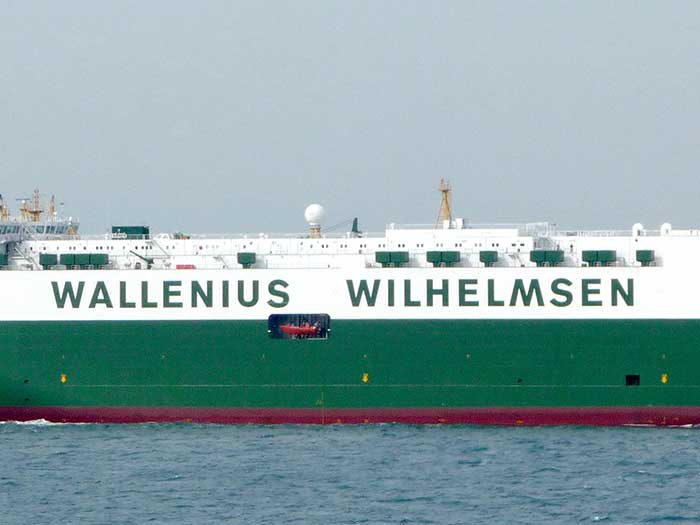 “The markets in which the jointly owned entities operate are going through rapid change and require a more agile and efficient business model,” says Jan Eyvin Wang, president and CEO of Wilh. Wilhelmsen ASA. “In addition to establishing a common owner and governance structure, the proposed merger is expected to enable synergies between $50-100 million by combining the assets and harvesting economies of scale, including more optimal tonnage planning, and administrative, commercial and operational efficiencies between the entities

The proposed structure takes the partnership between Wilhelmsen and Wallenius, dating back to 1999, to a new level. Wallenius Wilhelmsen Logistics ASA will be based on the existing listing of Wilh. Wilhelmsen ASA and continue to be listed on the Oslo Stock Exchange.

When the transaction is completed, Wilh. Wilhelmsen Holding ASA and Wallenius Lines AB will have equal ownership in the new entity and plan to own approximately 40% each. The final terms and ownership level will be confirmed with the announcement of the final agreement within year-end.

Craig Jasienski, currently CEO and president of EUKOR Car Carriers, will be appointed CEO for the new entity. To facilitate the transition process and in order to realise operational and commercial synergies, Mr. Jasienski takes, as of today, on a joint CEO role for Wallenius Wilhelmsen Logistics and EUKOR Car Carriers.

Based on expected growth opportunities within the logistics segments, Christopher J. Connor, president and CEO of Wallenius Wilhelmsen Logistics since 2013, will lead a strategic review targeting accelerated growth of the land-based logistics business.

The parties will negotiate in good faith and expect to sign legal agreements and obtain relevant approvals before the end of the year. The proposed transaction is expected to close within in the first quarter of 2017.

“Changing market dynamics and pressure on margins enforce a fundamental change in how we manage our joint ventures, especially within the shipping segment,” says a joint statement from Thomas Wilhelmsen, chair of Wilh. Wilhelmsen ASA, and Diderik Schnitler, chair of Wilh. Wilhelmsen Holding ASA. “Together with our Swedish-based partner, we wish to continue to be world-leading within the car and RO/RO segments and grow our logistics footprint to serve our customers.”