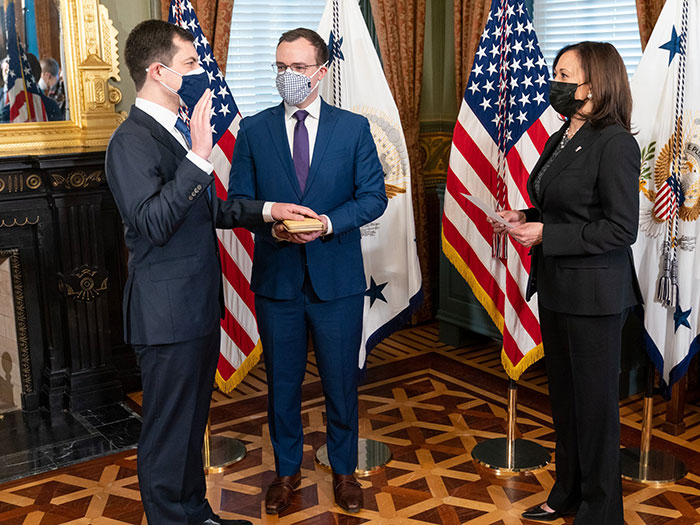 Former Mayor of South Bend, Indiana, Pete Buttigieg, was today sworn in as Secretary of Transportation by Vice President Kamala Harris, after being confirmed by a Senate vote of 86-13,

Buttigieg drew praise from U.S. domestic maritime interests when he expressed his firm support for the Jones Act at his nomination hearing. Now a focus of of industry interest will be who the Biden administration selects to be the DOT’s next U.S. Maritime Administrator and on what levels of funding are forthcoming in the first Biden budget for such MARAD programs as Small Shipyard Grants and the Marine Highways Program.

Filling another Cabinet post of key maritime interest, Alejandro Mayorkas was sworn in yesterday as Secretary of Homeland Security after being confirmed by a closer vote of 56-43.

Department of Homeland Security components include the U.S. Coast Guard and Customs and Border Protection.