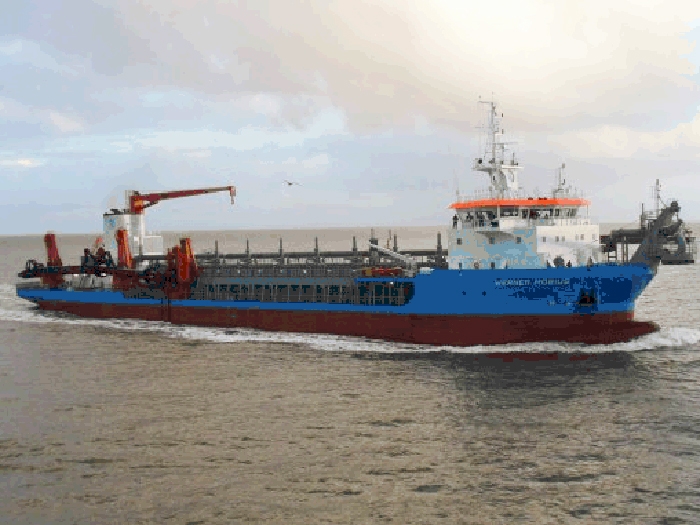 JANUARY 4, 2016 — Papendrecht, Netherlands, headquartered Royal Boskalis Westminster N.V. (Boskalis) has reached a heads of agreement with STRABAG SE for the acquisition of the dredging activities and assets of STRABAG Wasserbau GmbH, formerly known as Möbius Wasserbau.

STRABAG Wasserbau, based in Hamburg, is a market leader in the German dredging sector. The company has an annual turnover of approximately EUR 50 million with and a broad array of equipment.

The agreed transaction price is EUR 70 million, does not include any goodwill and will be financed from the company’s own cash flow.

The transaction is limited to acquiring the company’s equipment, personnel plus a couple of maintenance contracts.

The most important assets are two young shallow draft trailing suction hopper dredges with a capacity of 7,350 cu.m each, a large modern backhoe dredge and four self-propelled barges.

Boskalis says that the technical specifications of the hoppers makes them very attractive for port maintenance, coastal and beach replenishments projects.

It adds that by acquiring the hopper dredges, the requirement to renew part of the Boskalis dredging fleet in the 6,000 cu.m to 9,000 cu.m category will be fulfilled. And it says that, in view of this acquisition and the current market conditions, itwill be taking a number of aging hoppers, cutters and backhoe dredges out of service in the course of this year.