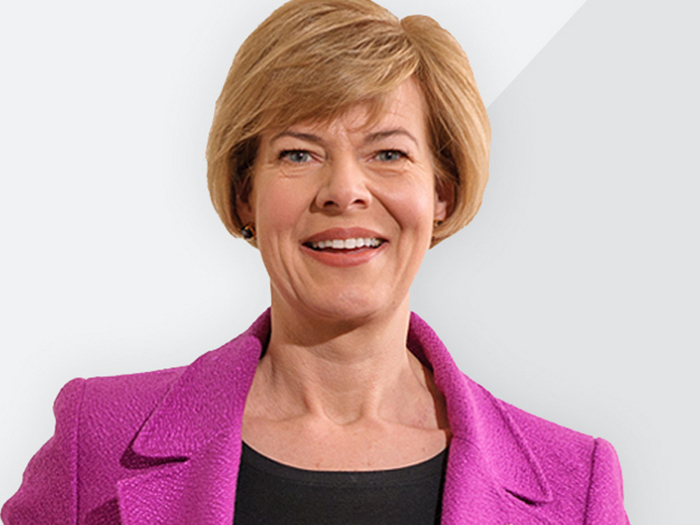 Senator Tammy Baldwin: “Inadequate icebreaking capacity in the Great Lakes is costing us thousands of American jobs and millions in business revenue."

U.S. Sen. Tammy Baldwin (D-Wis.) has reintroduced legislation—the Made in America Shipbuilding Act (S. 4687)—that seeks to strengthen Buy American requirements for the federal government’s purchase of ships by expanding current law to cover all federal agencies, all classes of ships and substantially more shipboard components, including items made in Wisconsin.

“For decades in Wisconsin, we’ve worked to make things: paper, engines, tools and ships,” said Baldwin. “These manufacturing jobs have created shared prosperity for generations and strengthened the economic security of hard-working families across our state. Strong Buy American standards drive local economic growth and create good paying jobs that support Wisconsin families. And because American workers are the best in the world, these standards also ensure that the federal government, including our military, purchases the highest quality ships and parts needed to carry out its various missions. The Made in America Shipbuilding Act is about doing right by workers in Wisconsin and across the country, and I am urging my Senate colleagues to support this legislation.”

“The present government procurement processes allow for an increased dependence on foreign supply which is troubling to us as Americans and as manufacturers. Every federal contract that creates a job for a foreign manufacturer and their many contractors takes one away from a potential American supplier—a trend that continues to decimate an already fragile U.S. marine manufacturing base. Senator Baldwin’s Made in America Shipbuilding Act is a great step in reversing this trend by ensuring that mission critical ship components are procured from domestic suppliers,” said Frank Pierri, president of Appleton, Wis., based crane and deck machinery specialist, Appleton Marine Inc.

“In the absence of clear direction from the Navy on domestic sourcing of critical components, the American Shipbuilding Suppliers Association (ASSA) believes that Congress must provide direction through provisions like Senator Baldwin’s Made in America Shipbuilding Act that requires key critical components be designed, engineered, manufactured and assembled in the U. S.,” said George Williams, CEO of ASSA. “ASSA strongly supports the Buy American provisions in this act. It’s time to make Buy American America’s priority. Continued foreign encroachment on American manufacturers is not just a matter of economics; it’s a matter of national security. The current process is decimating the American shipbuilding suppliers industry so much so that one day, the U. S. may be totally dependent upon foreign countries to defend our nation.”