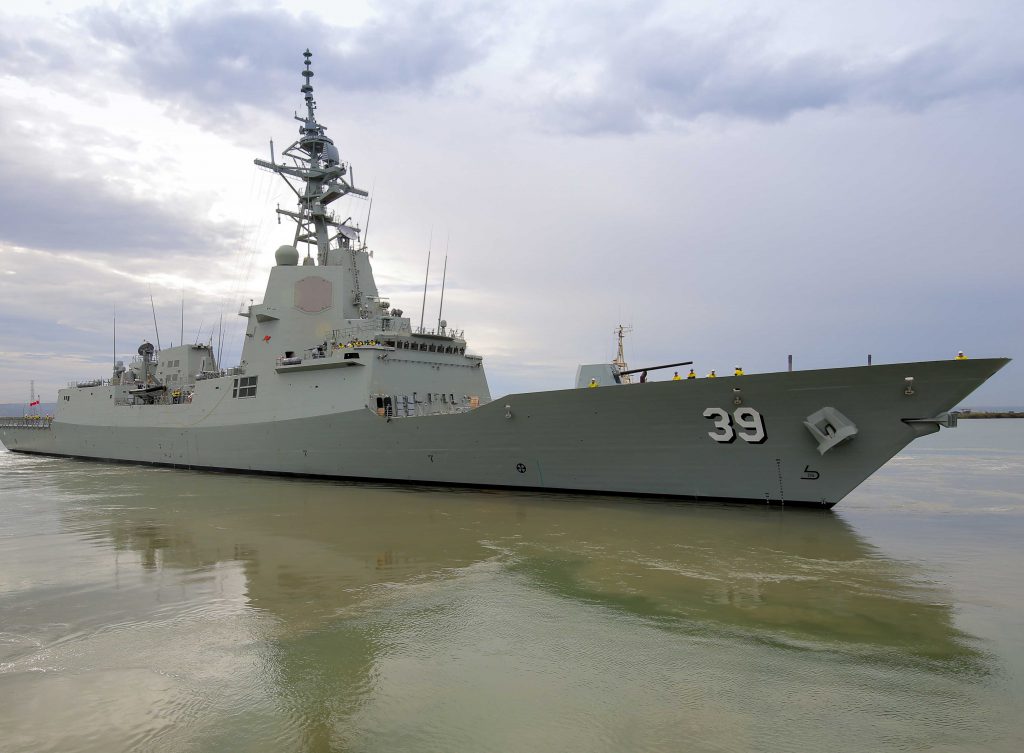 APRIL 14, 2017 – GE reports that several milestones have been reached on Australia’s Air Warfare Destroyer (AWD) shipbuilding program. The first of the three ships being built for the Royal Australian Navy, under the program, Hobart, successfully completed sea acceptance trials off the south coast of Australia and is scheduled to be delivered in June,

Each AWD features two GE LM2500 gas turbines configured in a COmbined Diesel Or Gas turbine (CODOG) arrangement with two diesel engines. The destroyers are based on the design developed by Navantia of Spain for the Spanish Navy’s F100 frigate program (Alvaro de Bazan class). GE LM2500s also power the RAN’s Adelaide and Anzac class frigates, and the two Landing Helicopter Dock ships – HMA Ships Canberra and Adelaide – both the largest ships ever built for the RAN.

The GE LM2500-family includes the base LM2500 model (25 megawatts), LM2500+ (30 megawatts) and LM2500+G4 (35 megawatts) – a suite of engines to meet any mission profile. These gas turbines can be applied in a variety of propulsion configurations so naval architects have design flexibility. The LM2500 gas turbines were manufactured in Evendale, Ohio.