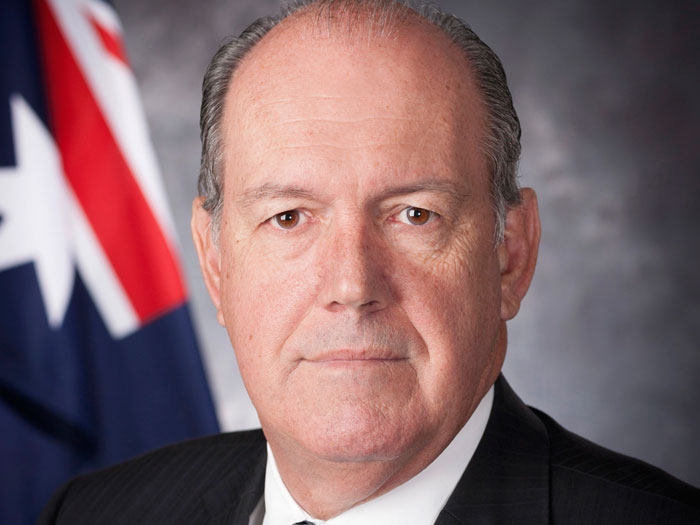 Senator Johnston: "I regret that offense may have been taken"

Today he told the Senate, that he was just expressing his frustrations with the track record of ASC.

“Regrettably in a rhetorical flourish I did express my frustrations in the past performance of the Australian submarine corporation. In these comments, I did not intend to cause offense and of course may I say on the record here and now that I regret that offense may have been taken.”

That did not stop him being censured by a motion that passed the Senate by 37 votes to 31. In a reminder that politics in Canberra are a bit different from Washington, DC, those in the alliance voting for the censure included Labor, the Greens — and Senator Ricky Muir of the Australian Motoring Enthusiast Party.

With everyone piling in on the hapless Senator Johnston, Greens Leader Senator Christine Milne couldn’t miss making one obvious gag.

“I would suggest that he’s the one up sh-t creek without a paddle and very shortly no canoe,” she told reporters.

For the moment, though, Senator Johnston seems secure in his job as Defense Minister.

Prime Minister Tony Abbot says he has full confidence in Senator Johnston and that he is doing a good job.

Anyone who has been following Australian naval shipbuilding can well understand Senator Johnson’s frustration with ASC.

Its performance on Australia’s three-ship Air Warfare Destroyer project has been so less than stellar that the Government commissioned an independent review into the program, led by former U.S. Secretary of the Navy Donald Winter.

The Winter review still has not been made public but, in light of it, ministers promised to institute reforms that would “include the urgent insertion of an experienced shipbuilding management team into ASC.”

Incidentally, if ASC wanted to disprove Senator Johnston’s assessment of its capabilities, Canada today published a tender notice for the supply of eight open water canoes, though Australian companies are likely unable to bid on it.