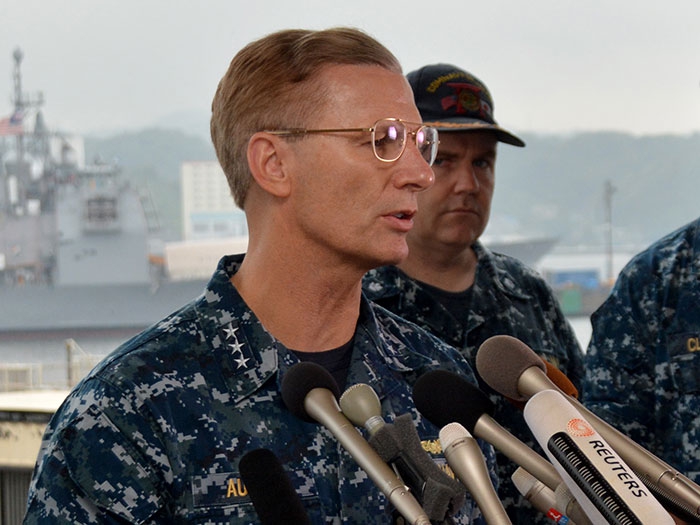 AUGUST 23, 2017 — Adm. Scott Swift, commander of U.S. Pacific Fleet, today relieved the commander of Seventh Fleet, Vice Adm. Joseph Aucoin, due to a loss of confidence in his ability to command.

The Navy says that Rear Adm. Phil Sawyer, who has already been nominated and confirmed for the position and promotion to vice admiral, will assume command immediately.

Admiral Aucoin was removed from command of U.S. 7th Fleet position just days after the second collision involving a U.S. warship this year. He is already slated to retire within the next month.