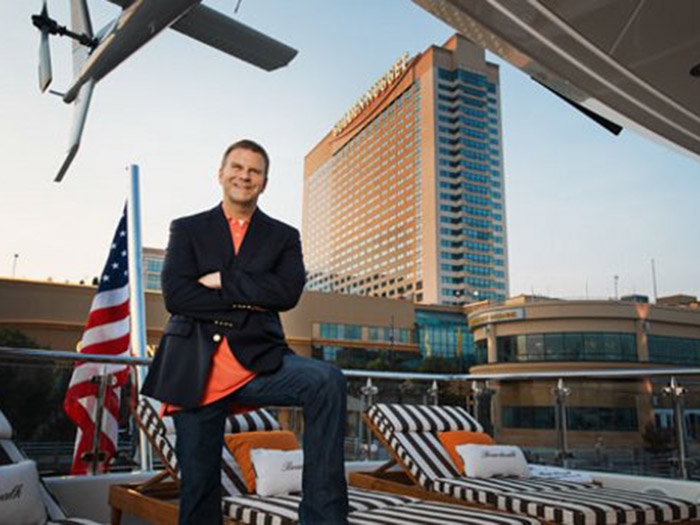 AUGUST 20, 2018 — American owners of superyachts over 300 gt will now find it a lot easier to fly the American flag on their vessels.

The U.S. Superyacht Association (USSA) reports that “with the stroke of President Trump’s pen on Monday, August 13, 2018, patriotic yacht owners are now able to fly an American flag and register their yachts – over 300 gt – in the United States.”

“The economic impact of more large yachts flagging U.S. could be significant, as these large vessels would now provide more high-profile opportunities for American crew, keep yachts traveling in U.S. waters, and spend more time in our repair and refit shipyards,” said Kitty McGowan, president of the USSA.

“This has been a significant issue that the U.S. Superyacht Association (USSA) has spent nearly a decade working to correct,” said Kate Pearson, USSA Chair and vice president of business development of Safe Harbor Marinas. “We are thrilled to have been an integral part of helping to finally make it a reality and are pleased that yacht owners will no longer be chased from American shores to other countries to flag their vessels.”

Until now, U.S. law defined a yacht as a vessel whose volume was a maximum of 300 gt. That law was written in 1920, but was never updated. Americans owning yachts exceeding the 300-gt limit were only able to fly the U.S. flag if they registered their yacht as a commercial vessel. However, commercial vessels such as cargo ships were, and are, held to different operational and construction standards than recreational ones. Therefore, many owners and their advisors did not find this to be a reasonable solution. While a handful of owners in recent decades did pursue acts of Congress for their personal vessels as exemptions, this route is both arduous and expensive and not the right solution for most superyacht owners.

The legislation, an amendment included in the bill that was signed by the President, received bipartisan support in Congress during its development.

“I am very pleased that the President has signed legislation that will increase the number of large recreational vessels which fly the U.S. flag,” remarked Congressman Duncan Hunter, representing California’s 50th District and chair of the subcommittee on Coast Guard and Maritime Transportation. “This will lead to more U.S. jobs in the ship repair and supporting industries.”

“For at least a half century, ridiculous regulations prohibited American citizens from displaying their patriotism by flying an American flag on their yacht,” said Tilman J. Fertitta, a longtime yacht owner, star of the TV show Billion Dollar Buyer and sole owner of Landry’s Restaurants and the Houston Rockets. “With the new legislation, that ends. American yacht owners can now proudly proclaim their citizenship on their yachts.”

“Getting this accomplished wouldn’t have been possible without the vision and support of Mr. Fertitta, an American yachtsman now building his fifth yacht, and his team, who wanted nothing more than to register his yacht in the United States,” continued McGowan. “Mr. Fertitta could have gotten an exemption for his yacht individually, but he chose to help the entire U.S. industry and for that, we are extremely grateful. This legislative action, spearheaded by Congressman Rob Bishop of Utah, is the icing on the cake that dozens of volunteers from our organization have been working on for years and is evidence that cooperative work between both the private and public sectors can truly effect positive change for our industry in the United States.”

While a specific U.S. Large Yacht Code is now being developed by the U.S. Coast Guard to go into effect in 2020, in the interim, a private yacht over 300 GT that is MCA compliant, will now be able to fly the U.S. flag.

The U.S. Superyacht Association (USSA) is a non-profit trade association incorporated in 2006.