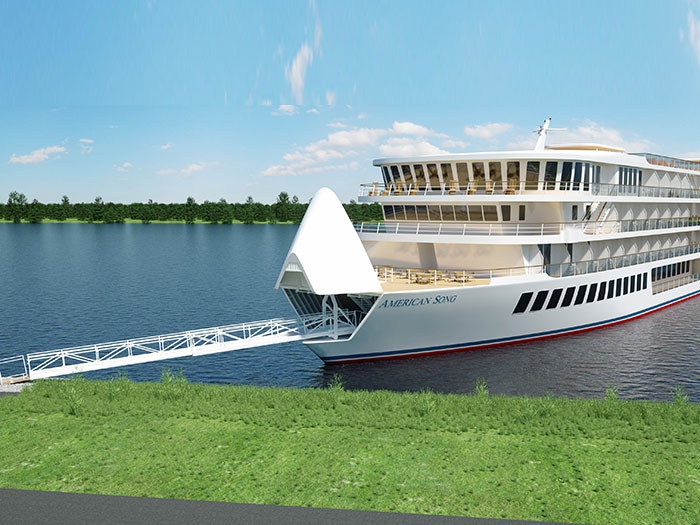 American Song features a unique bow with a retractable gangway

OCTOBER 9, 2018 – American Cruise Lines reports that its new ship American Song departed from the Port of New Orleans this past Saturday and is underway with 184 guests at 100% capacity on its 8-day inaugural sailing between New Orleans and Memphis.

Built by Chesapeake Shipbuilding, American Song is the first ship in American Cruise Lines’ new modern riverboat series; the second ship in the series, American Harmony, is already well under construction and will be launched by the shipyard in a few weeks.

American Cruise Lines’ new series of modern riverboats operate in addition to its current fleet of authentic paddlewheelers and are equipped with modern advancements that include a unique bow with a retractable gangway.