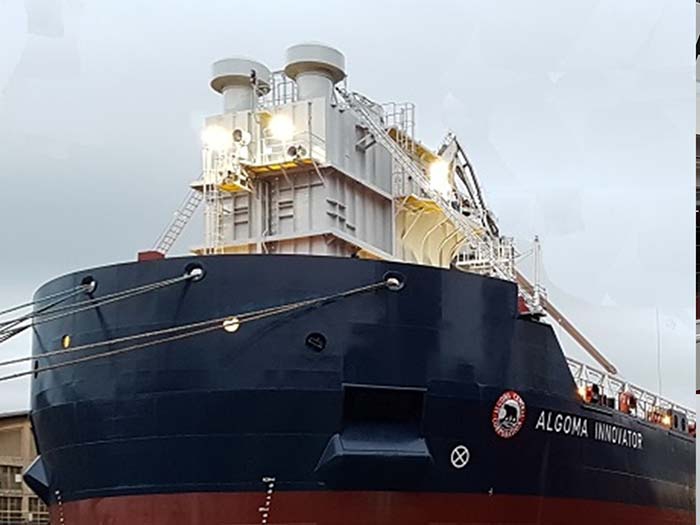 The vessel is part of the Algoma Central’s Equinox 650′ class of self-unloading dry-bulk lake freighters and is the first new forward mounted boom ship to be built in 45 years. The forward mounted boom will permit cargo to be delivered into niche spaces allowing greater access and flexibility to customers.

The winter season in the North Atlantic does not provide safe conditions for a transit voyage by a lake freighter; consequently, the vessel is scheduled to depart Croatia mid February, 2018 to be ready for the opening of the St. Lawrence Seaway in late March.

In addition, it is expected to come home with a cargo on board.

“Although we have taken delivery, we need to ensure conditions are optimal for the crew to sail home safely”, said Ken Bloch Soerensen, President and CEO of Algoma. “We look forward to having the Algoma Innovator join our fleet for the 2018 season. The flexibility and efficiency of this vessel will advance Algoma further in the marine industry allowing us to continually meet the needs of our customers.”