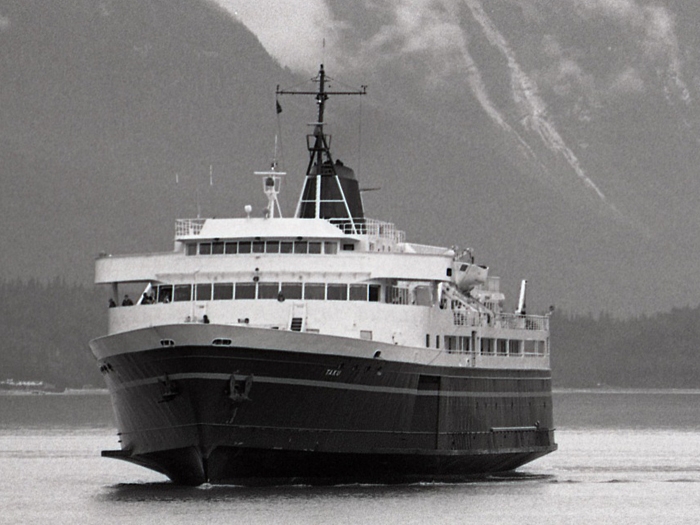 The Juneau Empire reports that General Manager of the Ferry System Captain John Falvey and Michael Neussi, deputy commissioner of the Alaska Department of Transportation, have discussed what's next for the Taku and "everything from selling it to trying to run it again" is on the table.

During a presentation last month, Mr. Neussl said he believed the ferry system would sustain itself by reducing the size of the fleet.

"I think the numbers are speaking that we can't afford to operate an 11-ship fleet with the frequency of service that we've kind of become accustomed to," he said on Sept. 15.

The Juneau Empire says the Taku would be on the block before others because it's the smallest of the system's main line ferries.

As the state's budget forces the system to cut service and take ferries out of service, the ferries that are operating will run closer to capacity.

It is one of three AMHS ferries that is SOLAS certified.

It is currently in lay up, serving as a "hotel ship" for other AMHS ships being overhauled at the Kechikan shipyard.

OCTOBER 13, 2015 — Unless the state’s budget outlook improves, the Alaska Marine Highway system may consider selling the 52-year old state ferry Taku within the next six months.