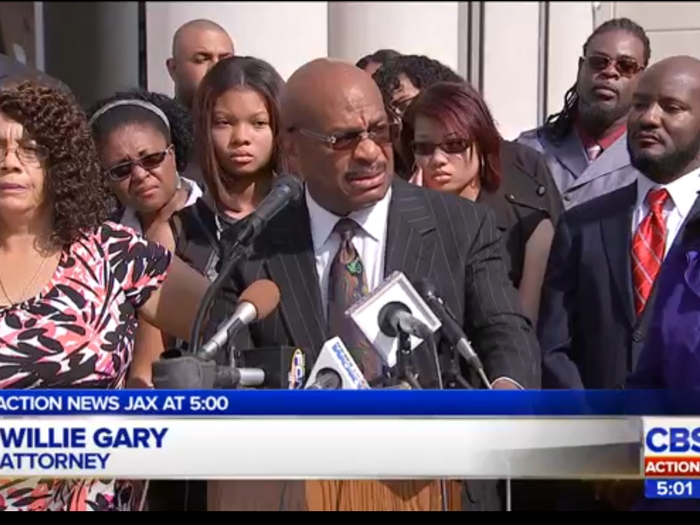 The suit names as defendants TOTE Services Inc. doing business as TOTE Maritime Puerto Rico and the captain of the ship, Michael Davison, who is presumed lost along with the rest of those on board the ship.

The suit is being brought under the general maritime law of the United States and Florida's Wrongful Death Act.

In a press conference staged on the steps of the Duval County Courthouse, Mr. Gary said he would be seeking $100 million in damages. He also said that he represented relatives of other crew members and more lawsuits would follow.

"The ship should never have left dock," he told reporters. He said that he would seek the ship's maintenance records and that he had heard it was undergoing mechanical repairs on the day it departed.

Mr. Gary, who calls himself "the giant killer," is a flamboyant trial attorney who has won sizable damage awards against many major corporations.

OCTOBER 14, 2014 — Acting on behalf of the estate of El Faro crew member Lonnie Jordan, attorney Willie E. Gary has filed suit in Florida’s fourth circuit alleging negligence in the sinking of the containership presumed lost in the Hurricane Joaquin.