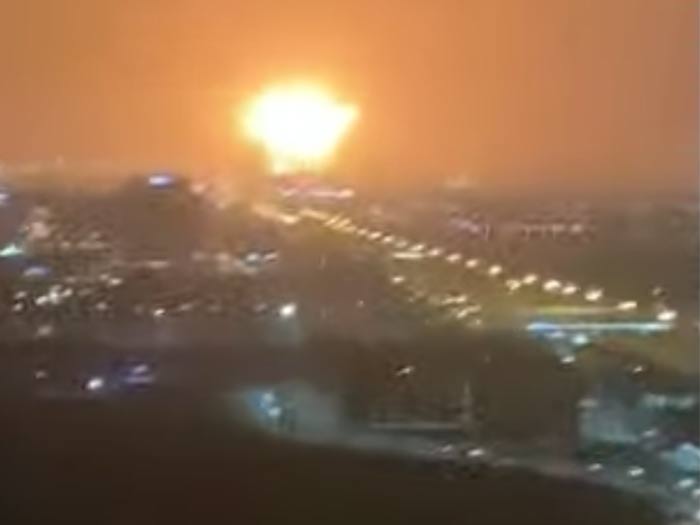 A massive explosion rocked Dubai’s main port of Jebel Ali yesterday after a fire broke out on a containership identified as the 1993-built, 210 TEU, Cormoros-flagged M/V Ocean Trader.

Although any explosion in the region automatically raises suspicion of sabotage of some kind, security firm Dryad Global says that “at this stage there is no evidence to indicate a compromise of security either within port or upon a vessel” and that analysis of footage of the incident indicates the explosion may have occurred within a forward container.

Unfortunately, fires and explosions in containers are all too frequent. Through transport mutual insurer recently reported that there’s a major container fire every 60 days.

Media reports cite the police as saying three of 10 containers on the ship contained flammable material. There were 14 crewmembers on board and no injuries were reported.

The fire broke out at 11:55 p.m. local time, Wednesday, and according to Jebel Ali port authorities was extinguished within 40 minutes.

“Casualties were avoided also due to the quick action of Jebel Ali Port’s officials who ordered an evacuation of the vessel and the immediate area when a leakage and smoke was seen,’’ the statement went on to say.