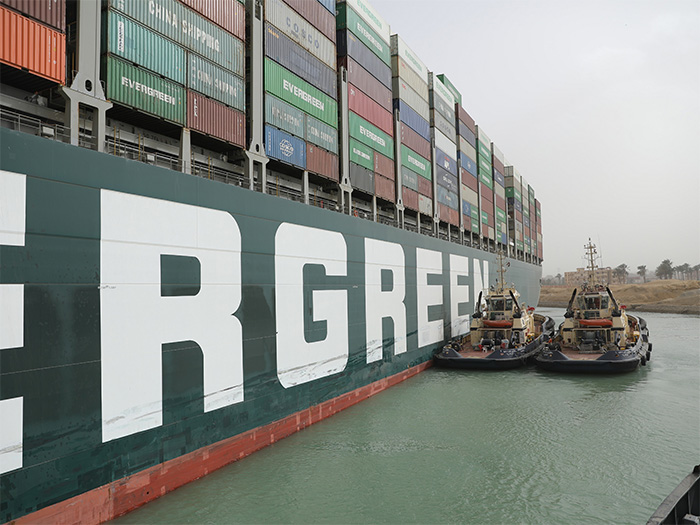 S&P Global Platts this morning reported Japan’s Shoei Kisen Kaisha, the owner of the Ever Given, as saying that it hoped that the giant ship could be refloated Saturday evening local time. Other reports suggest that Sunday’s high tide is will present the next realistic opportunity to refloat the ship, which has been blocking the Suez Canal since March 23.

GAC Hot Port News reported this morning that the Suez Canal Authority (SCA) is using dredges and more than eight powerful tugs and is being assisted by other local authorities in the operation.

Canal transits remain suspended and there is currently no indication of when they will resume.

With no certainty when efforts to free the Ever Given will succeed, reports indicate that many ships originally planned to transit Suez are now diverting. and opting to take the much longer route around the Cape.

Bernhard Schulte Shipmanagement (BSM), the technical manager of the Ever Given reported yesterday that a team of expert salvors from Smit Salvage was at the vessel. Salvage operations are being coordinated by the Suez Canal Authority.

“The focus now is on dredging to remove sand and mud from around the port side of the vessel’s bow,” said BSM. “In addition to the dredgers already on site a specialized suction dredger is now with the vessel and will shortly begin work. This dredger can shift 2,000 cubic meters of material every hour.

“At the time of the incident the Ever Given was transiting northbound through the canal en route to Rotterdam, Netherlands with two canal pilots onboard. Initial investigations suggest the vessel grounded due to strong wind.

“All 25 crew are safe and accounted for. All crew are Indian nationals and remain onboard. The crew are working closely with all parties involved to re-float the vessel. The hard work and tireless professionalism of the master and crew is greatly appreciated.

“There have been no reports of pollution or cargo damage and initial investigations rule out any mechanical or engine failure as a cause of the grounding.”