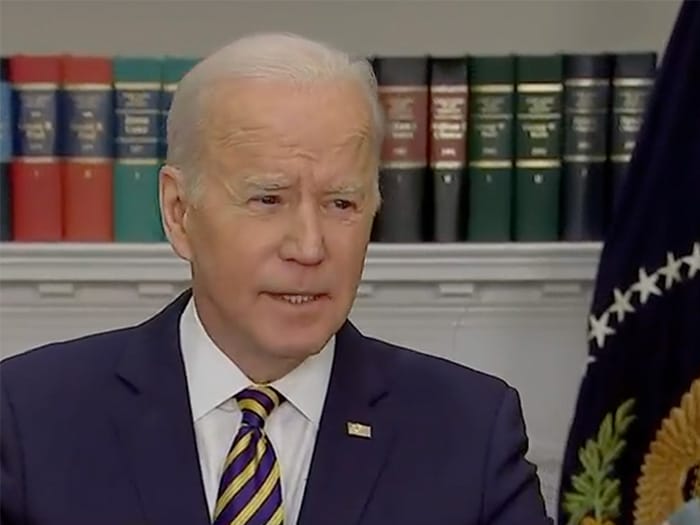 President Joe Biden announced today that the U.S. will ban Russian oil, natural gas and coal imports as part of the administration’s response to Russia’s invasion of Ukraine. In addition to the U.S., ban on Russian energy imports, other countries are also taking action. The U.K. announced that it will phase out imports of Russian oil by the end of the year and the European Commission proposed an outline of a plan to make Europe independent from Russian fossil fuels that, it said, could reduce EU demand for Russian gas by two-thirds before the end of the year.

“The United States is targeting the main artery of Russia’s economy. We’re banning all imports of Russian oil and gas and energy,” Biden said. “That means Russian oil will no longer be acceptable at U.S. ports and the American people will deal another blow to Putin’s war machine.”

The Executive Order implementing the ban on Russian energy imports states that the “Russian Federation’s unjustified, unprovoked, unyielding, and unconscionable war against Ukraine, including its recent further invasion in violation of international law, including the United Nations Charter, further threatens the peace, stability, sovereignty, and territorial integrity of Ukraine, and thereby constitutes an unusual and extraordinary threat to the national security and foreign policy of the United States. “

“We support the U.S. government and our allies in their collective efforts against Russia’s unprovoked invasion of Ukraine, and our industry is prepared to comply with the import ban in response to this aggression. The industry has already taken significant and meaningful steps to unwind relationships, both with respect to assets in Russia, as well as imports of Russian crude oil and refined products. We share the goal of reducing reliance on foreign energy sources and urge policymakers to advance American energy leadership and expand domestic production to counter Russia’s influence in global energy markets.”