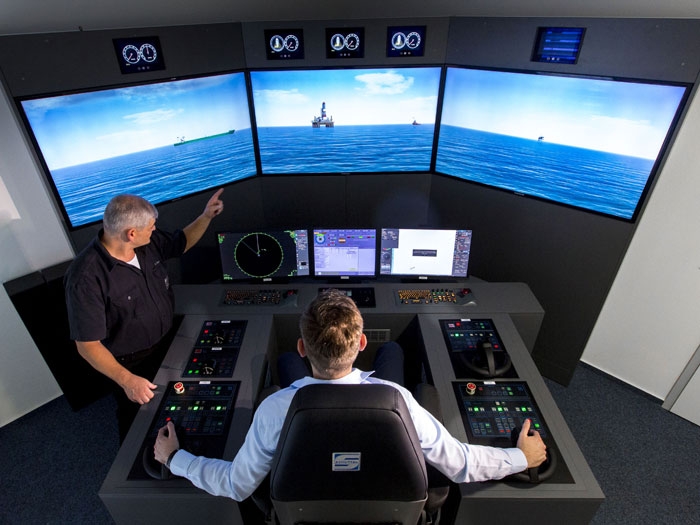 OCTOBER 31, 2014 — Propulsion system specialist Schottel is now offering simulator training at its Spey/Rhine, Germany, headquarters where a new Transas simulator at the Schottel Academy enables customers to exercise their handling and knowledge of Schottel propulsion systems, seated as if on the bridge of a real vessel.

“Again and again,” says Schottel, “crews are faced with situations where a fast response is essential – both during their normal work and even more so in emergencies, such as sudden evasive maneuvers or system failures. The correct response in difficult situations must be learnt in such a way as to allow instant recall. Simulators have a decisive role to play in learning the correct sequence of measures to be taken – for greater safety and efficiency.

The simulator has been specially tailored to the requirements of Schottel customers by Schottel instructors and by Transas, and the training personnel have received the appropriate qualifications.

Six ports and waterways are stored in the system, including St. Petersburg, the Bay of Kiel and the Suez Canal.