Congressman John Garamendi (D-Calif.) has introduced the “Close Agency Loopholes to the Jones Act” bill that would close the loopholes in the Jones Act created by “letter rulings” from U.S. Customs and Border Protection. Specifically, says Garamendi, these loopholes allow federal regulators to circumvent the Jones Act.

“For nearly 50 years, Congress has stood on the sidelines while federal regulators made bad decisions that erode crucial protections for the American worker,” said Garamendi. “The U.S. government should do everything in its power to prevent foreign vessels from paying poverty wages to take jobs from Americans working in our maritime industry. Sadly, it has largely enabled it instead.”

“My ‘Closing Agency Loopholes to the Jones Act’ would finally force federal regulators to enforce the law as Congress intended when it created the Jones Act in 1920,” Garamendi continued.

“In January 2021, President Biden’s first executive order after assuming office directed federal agencies to maximize the use of American mariners, American-built ships, and U.S.-flagged vessels under the Jones Act. Less than 90 days later, Customs and Border Protection issued a letter ruling contradicting the President’s policy to allow foreign vessels to construct energy projects on the Outer Continental Shelf. My bill will force the bureaucrats at CPB to implement the President’s policy by fully enforcing the Jones Act,” concluded Garamendi.

The “Close Agency Loopholes to the Jones Act” would:

“For nearly 50 years, incorrect interpretations have created harmful and dishonest loopholes that force U.S. mariners and vessels to compete against foreign counterparts that have lesser crewing, tax, regulatory compliance, and insurance costs,” said Aaron Smith, President of the Offshore Marine Service Association. “This comprehensive bill would permanently eliminate these loopholes and uphold the true intentions of the Jones Act.”

“Big Oil, and increasingly Big Wind, have actively called for and exploited these loopholes to utilize cheap foreign labor at the expense of hardworking, capable Americans. The result has been less opportunity for skilled American mariners and shipyard workers and greater profit margins for foreign companies and foreign investors,” continued Smith.

In addition to providing transparency into the penalty process, the Close Agency Loopholes to the Jones Act requires CBP to issue statutory penalties for Jones Act violations. The Jones Act clearly specifies a penalty for breaking the law: the cost of the merchandise in question or the cost of the transportation, whichever is higher.

Time and again CBP has failed to follow this statute, instead mitigating up to 90% of fines for foreign vessels, enabling them to continue to work U.S. jobs in American waters, notes OMSA.

“How CBP currently administers the Jones Act is dangerous and wrong,” added Smith. “We applaud Congressman Garamendi for taking steps to reverse these wrongs and hope his Congressional colleagues will join him in standing up for what is right.” 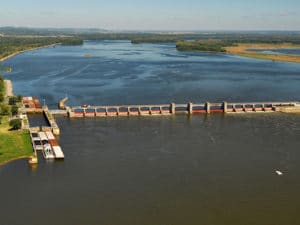