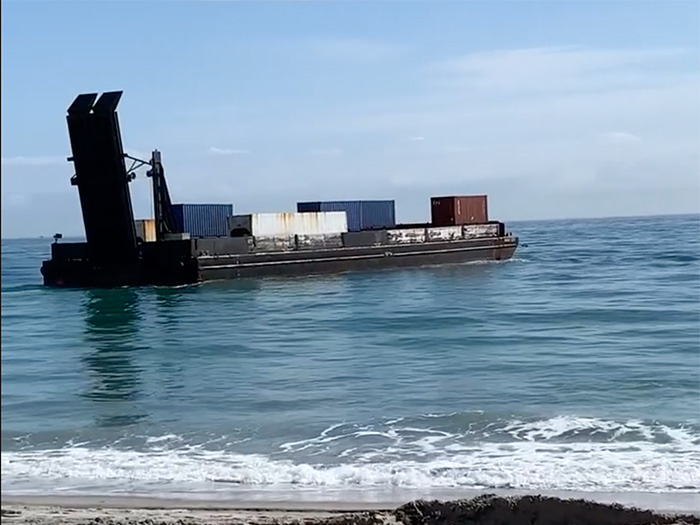 A tugboat and barge that grounded off Florida, February 3, have been successfully refloated and are now in Port Everglades for inspection and repairs.

The tug Sea Eagle and the barge are operated by by Northcliffe Ocean Shipping & Trading and were headed to the Atlantic Undersea Test and Evaluation Center (AUTEC), Bahamas, under charter to the Navy’s Military Sealift Command when they grounded. The tug ran aground in Deerfield Beach and the barge a few hundred yards north of it in Boca Raton.

Under the MSC charter, the tug and barge make routine shipments providing a regular supply service between Port Everglades and AUTEC. Though initial reports suggested that barge might be carrying munitions, the Coast Guard makes no mention of this in its report of the refloat efforts.

It says that along with state and local partners, salvage efforts were completed Saturday morning, February 5.

Sector Miami’s Incident Management Division personnel worked with the responsible party and a commercial salvage company [earlier identified as Resolve] to refloat the tugboat and barge, and oversaw the removal of 9,500 gallons of diesel fuel from Sea Eagle.

“With the help of the responsible party, federal and local partners, we were able to safely and expeditiously remove the hazards from the beach,” said Cmdr. Eric Paré, the incident commander for the response. “It was inspiring to be part of such a unified response.”

The cause of the grounding remains under Coast Guard investigation.