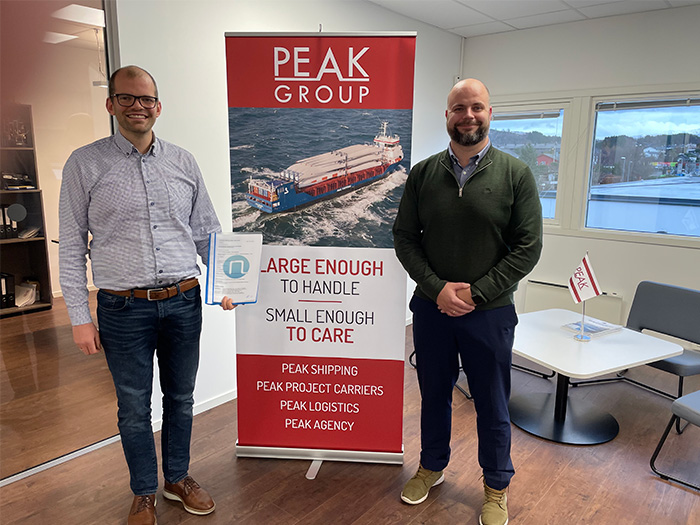 Oslo-listed HAV Group ASA reports that its Norwegian Electric Systems AS (NES) subsidiary has won a contract to supply the battery and control systems that will allow zero emissions cable lay operations by a former seismic support vessel currently under conversion to a cable layer.

The vessel is the 2014-built Fjord Connector owned by Seaworks Kabel AS. According to the Equasis data base, the vessel is the former Bourbon Cormorant. It is under conversion at a Polish shipyard to a cable lay vessel designed for installation of fiber optic subsea cables.

The NES contract was awarded by Peak Marine Tech AS, a part of Peak Group that delivers project management for newbuilding, redesign and modification projects.

Under the contract, NES will deliver a complete battery system and upgrade all control and automation systems on board the vessel. It will also equip it to enable battery charging while at port.

The vessel will charge batteries quayside at night, utilize hybrid propulsion when sailing offshore, and then cut all equipment when on site to allow for optimal load on the generator which in turn will enable zero emission cable lay operations.

“This type of operating patter will reduce our fuel consumption substantially, including the inherent environmental benefits it offers,” says Stian Andrè Larsen, general manager at Peak Marine Tech AS. “We look forward to cooperating with NES to upgrade the Fjord Connector.”

NES will supply the equipment in the second quarter of 2022. It will be delivered to the Polish shipyard undertaking the conversion of the Fjord Connector.

“From NES’ perspective, this is a non-complex project but one that provides excellent benefits to the vessel operator, which is very dedicated to continuously work for sustainable solutions for its fleet and operations,” says Martin Aasheim, sales manager at NES.

“This project epitomizes NES’ core competence and technology extremely well. In short, we will help to upgrade a vessel in order to realise significant reductions in operating cost and emission levels,” says Geir Larsen, managing director of NES.