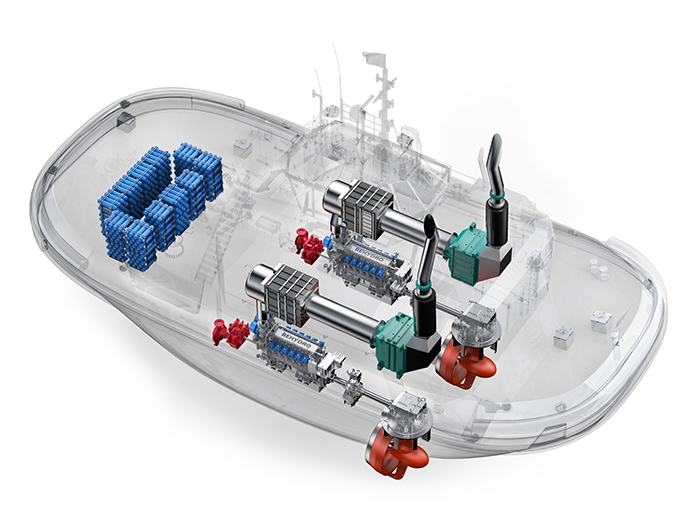 Antwerp-headquartered CMB (Compagnie Maritime Belge) today said that it has offset all of its CO2 emissions in order to have net zero CO2 emissions as from 2020. It says that it has already supported certified climate projects in developing countries and acquired high quality Voluntary Carbon Units in Zambia, Guatemala and India.

The privately-held company, which this year celebrates its 125th anniversary, says that it firmly believes in achieving actual zero carbon emissions from its shipping operations and aims to achieve this by 2050.

“Many low carbon and zero carbon technologies are already in the early stages of development,” says the company, adding that it “is convinced that the shipping industry will find solutions to today’s problems to provide zero carbon shipping by 2050.”

CMB is already investing heavily in the development of low and zero carbon ships and engines, including the HydroTug, the world’s first hydrogen-powered tugboat (see earlier story).

CMB says it fully supports the many different industry initiatives that want to join the forces to develop the technologies needed to reduce shipping’s carbon footprint.

It says it will bring specific zero-carbon projects to life in the coming months and years and will continue to actively engage and cooperate with other shipping companies, customers, suppliers, banks and national and international politicians to achieve zero carbon shipping.